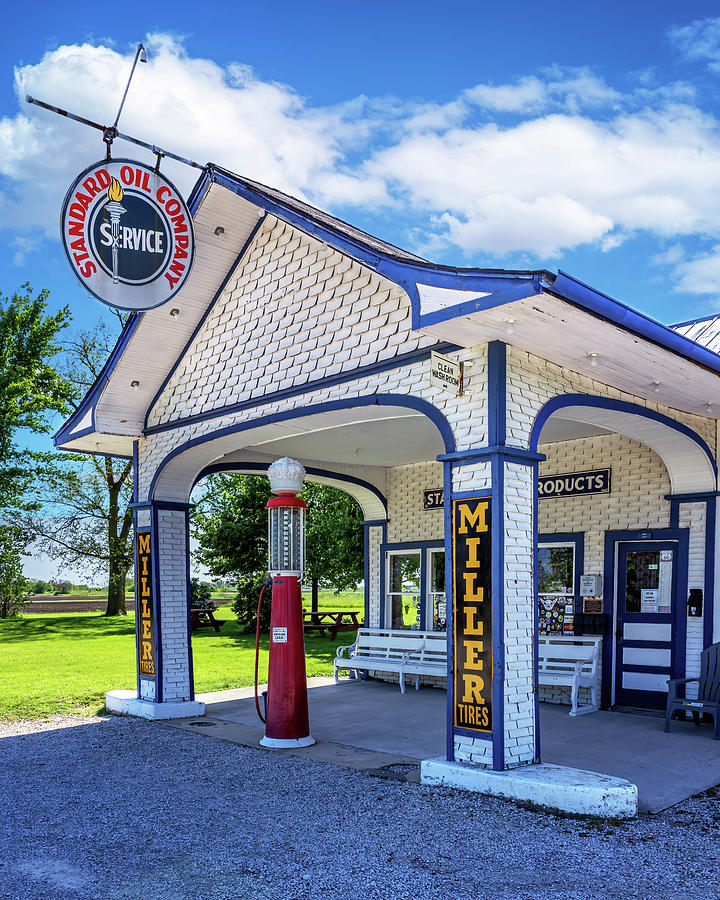 A Standard Oil of Ohio Service sign sways in the breeze as it hangs from the roof of the historic Standard Oil gas station, now the Village of Odell's, Illinois Route 66 Welcome Center.

Constructed in 1932 by contractor Patrick O'Donnell, this Standard Oil station's design is based on the 1916 Standard Oil of Ohio domestic-style gas station plans. A homey design is often called a "house with canopy." The station, built to be leased out, initially sold Standard Oil products, but it later transitioned to Sinclair and Phillips 66.

In the late 1940s, with competition from nine other stations in town, O'Donnell followed the current trend adding a two-bay garage to become a full-service station.

The gas station pumped gas until the 1960s, transitioning to a body shop in the early 70s before closing in late 1970. The building eventually into disrepair.

It was added to the National Register of Historic Places in 1997. After a complete restoration, the station won the National Historic Route 66 Federation Cyrus Avery Award for the year's most outstanding Route 66 preservation project in 2002.