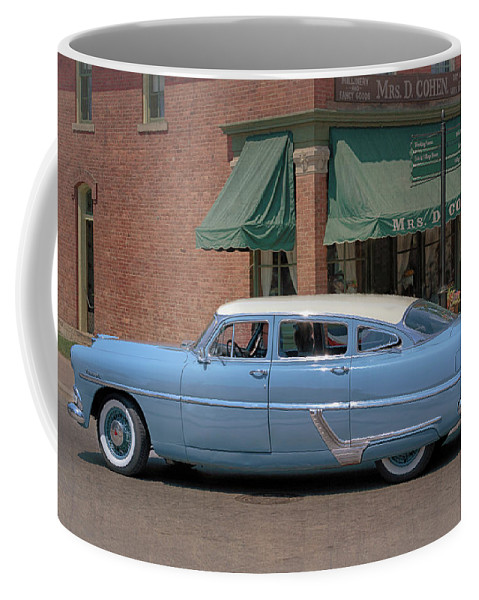 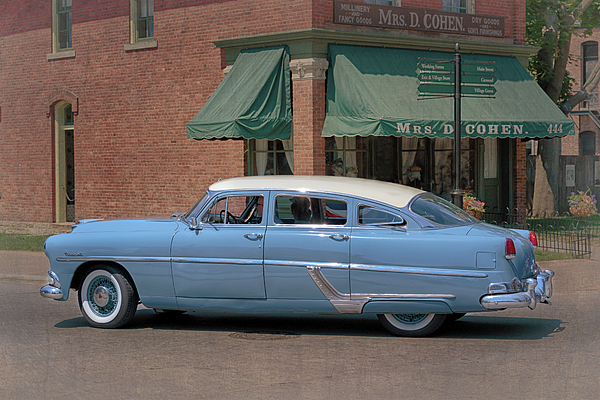 Our ceramic coffee mugs are available in two sizes: 11 oz. and 15 oz. Each mug is dishwasher and microwave safe.

The Fabulous Hudson Hornet rode on Hudson's unique step-down chassis, which invited passengers to step into its recessed floor pan rather than climb... more

The Fabulous Hudson Hornet rode on Hudson's unique step-down chassis, which invited passengers to step into its recessed floor pan rather than climb onto a floor level with the chassis rails. This innovative bit of engineering lowered the Hornet's center of gravity, increasing handling performance. The car was very attractive to racers, especially when combined with Hudson's factory optional 210hp 7X engine. This big-bore flathead engine was often lauded as the most powerful six-cylinder in the world, potent enough to directly compete, and win, against the likes of Oldsmobile and its big overhead-valve V-8 on the NASCAR circuit. The Hornet's standard engine was the 308ci six, fed by a single two-barrel carburetor until 1953 when the Twin-H dual-carb option increased horsepower to 170hp. This 1954 Hudson Hornet was one of the many great classic cars on display at the 2016 Motor Muster at Greenfield Village in Dearborn, Michigan. Copyright 2016 Susan Rissi Tregoning