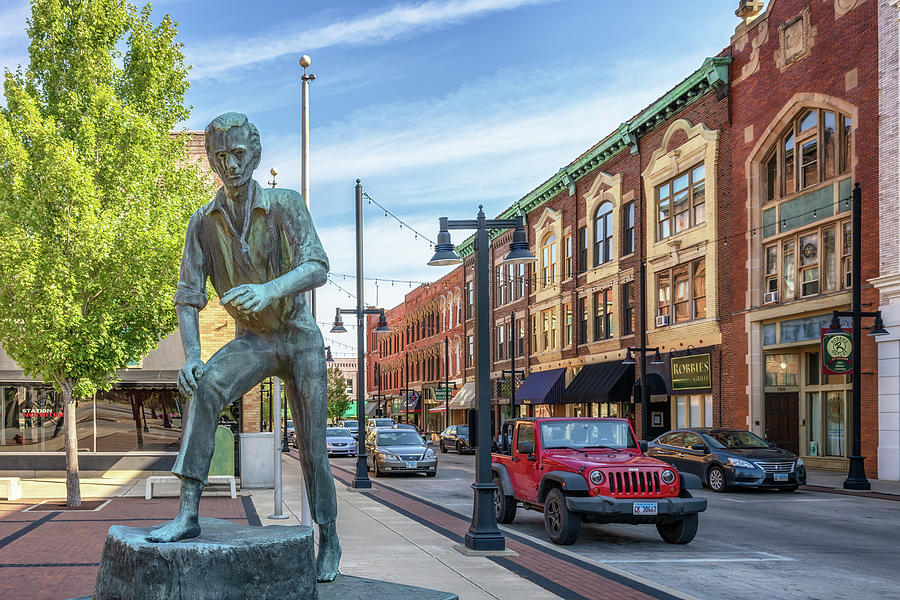 A bronze statue of a young barefoot Abraham Lincoln at the corner of Merchant Street and East Main Street in Decatur, Illinois, commemorates the purported location of Lincoln's first political speech. The sculpture created by Anthony Vestuto was unveiled in 1968.

In 1830, Abraham Lincoln was working on a family member's farm just a few blocks from the town square. Hearing a loud commotion, he hopped the fence to check it out. A crowd had gathered to listen to John Posey's political speech for his candidacy in the Illinois General Assembly.

John Hanks, Lincoln's cousin, boasted there was a man in the audience that could "beat that speech to death."

Seizing the moment, Lincoln mounted a tree stump and proceeded to give an impromptu speech defending the Whig Party and its leader, Henry Clay of Kentucky. Lincoln also spoke eloquently about the future of Illinois and argued for clearing and widening the Sangamon River for transportation for farm goods and products. The crowd cheered, signaling that Lincoln had "carried the day."

Abraham Lincoln was just twenty-one years old at the time.