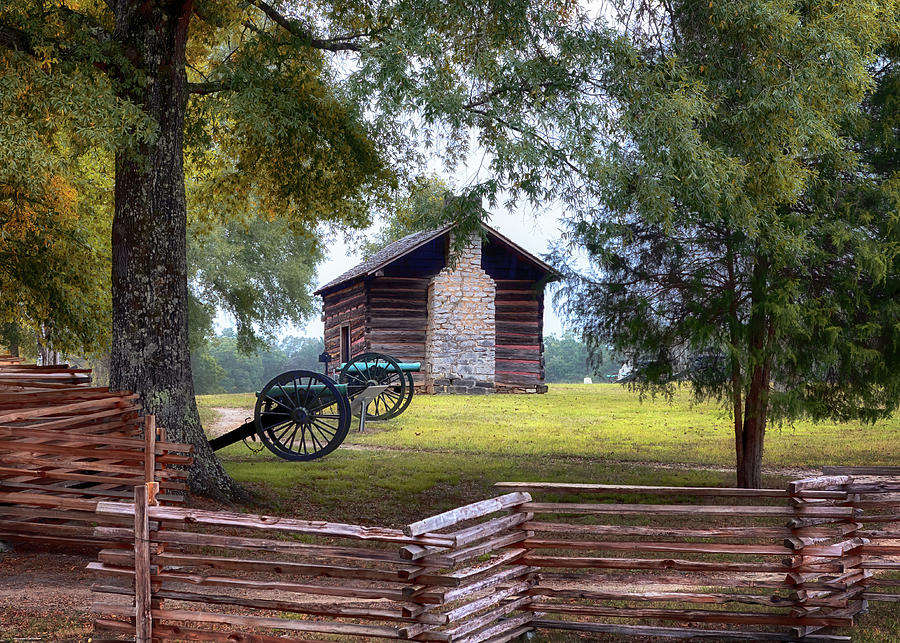 The Brotherton Cabin on the Chickamauga Battlefield.

During the battle of Chickamauga, the Brotherton Cabin was the location where Confederate soldiers broke through the Union line. A gap had been created here, thanks to Union commander General Rosecrans mistakenly ordering his troops to vacate this spot, sending them farther north. Rosencrans's order created a real gap allowing the Confederates through, losing the battle for the Union.

The Chickamauga Battlefield, located near Fort Oglethorpe, Georgia, and just outside of Chattanooga, Tennessee, is part of the Chickamauga and Chattanooga National Military Park. The Battle of Chickamauga, fought September 19-20, 1863, was a very significant battle in the Civil War since it marked a significant Union defeat. This battle had the second-largest causality count of any fight during the Civil War. About 34,000 men lost their lives here.