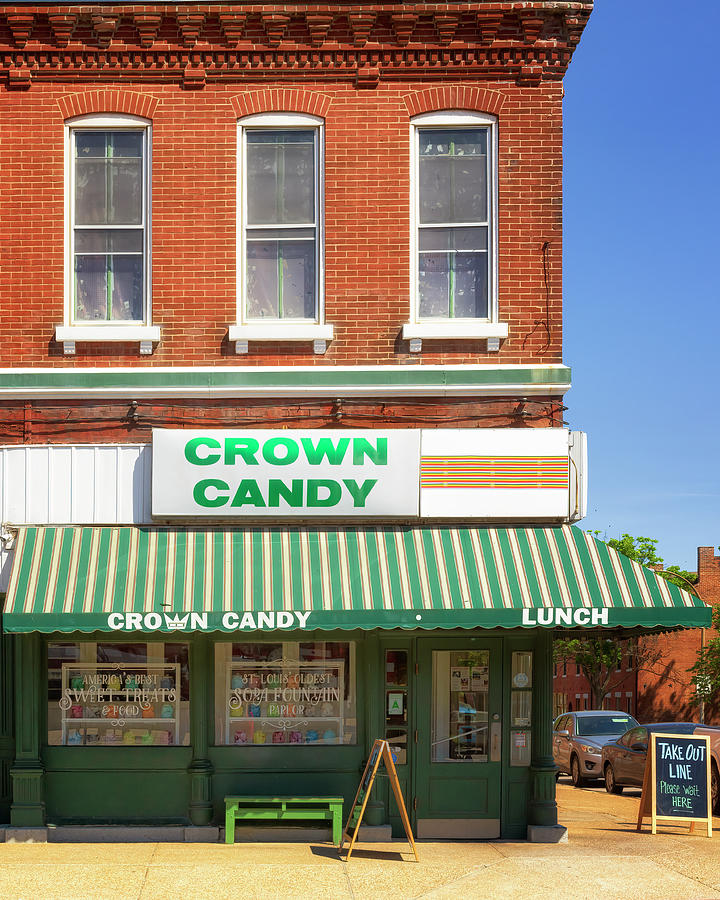 The Crown Candy Kitchen is St. Louis's oldest soda fountain. With its green-striped awning, it's as cute as can be on the outside, and when you step through their front door, it's just like traveling back in time. Not much has changed in the last 100+ years; they have the same white wooden booths, vintage soda fountain, and candy case they've always had. They still make their candy and serve fabulous ice cream confections and lunch service.

Crown Candy was first opened in 1913 by two Greek immigrants, Harry Karandzieff and Pete Jugaloff. Within a year, Harry was the sole owner. Harry's son George took over the business in the 50s, and the third generation of the Karandzieff family runs it now.

While this old-fashioned confectionary isn't located directly on Route 66, it's just a few blocks off the original Route 66 alignment that crossed the Mississippi River at the McKinley Bridge from Illinois and passed through the downtown warehouse district on Florissant Avenue.

Stop in for their award-winning Heart-Stopping BLT, a confection from St. Louis's oldest soda fountain, or some of their chocolate.

This place is a true gem!