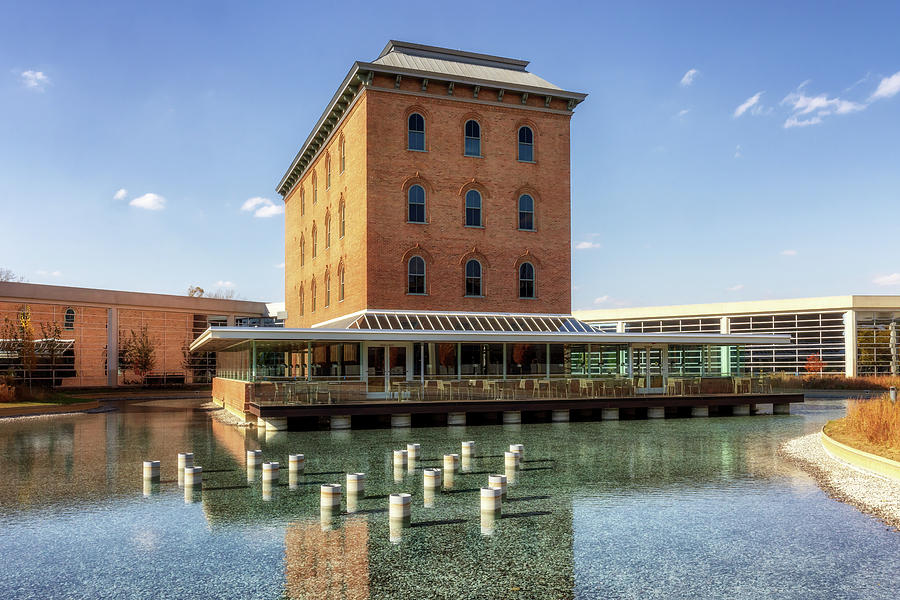 The old Cerealine Mill at the heart of the Cummins Corporate Office Building in Columbus, Indiana, was purchased by Cummins Engine Company in 1919 to be used as their first factory.

A historically significant building predating Cummins ownership, architect Kevin Roche incorporated the mill into the Cummins Corporate Headquarters building when it was constructed in 1983. It now functions as Cummins cafeteria and conference center.

Originally the Cerealine Mill, a corn and hominy mill, was built around 1880 to produce a malted flake used to brew beer. However, when an employee discovered what became known as Toasted Cerealine Flakes or Cerealine sometime around 1884 or 1887, the mill took credit and quickly redirected its focus to producing cereal. Touted as the first ready-made breakfast cereal in the world, it was a huge success, and the company relocated to Indianapolis around 1892 to take advantage of cheaper freight costs.