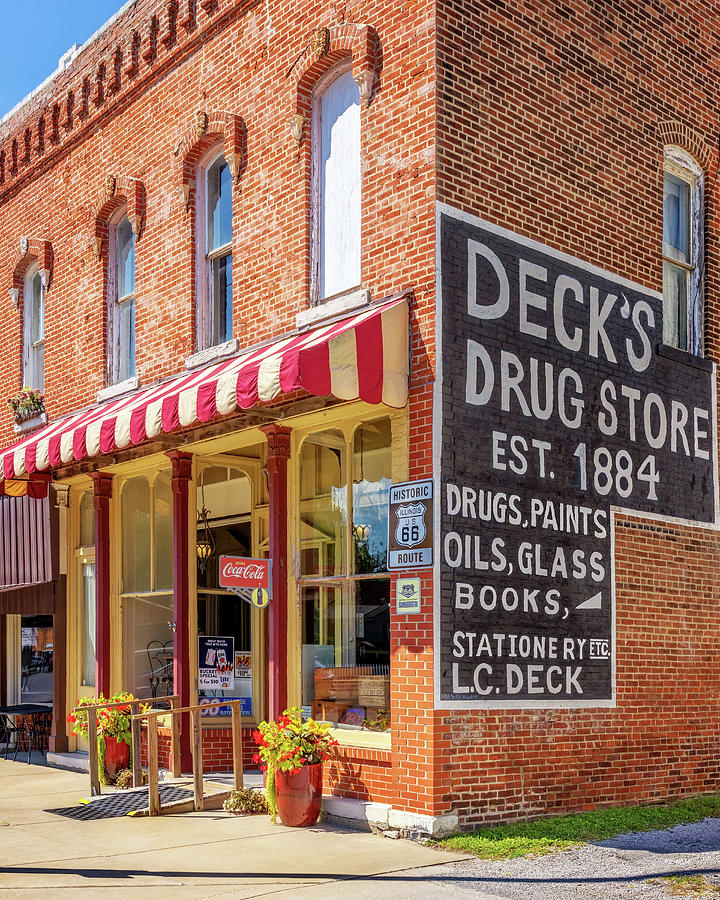 Doc's Just Off 66 in Girard, Illinois, is a restaurant, soda fountain, and pharmacy museum serving American diner classics. It is located on the Girard Square, just a stone's throw from Illinois Route 4, the 1926 alignment of Illinois Route 66.

Originally Decks Drugs, it opened in this location in 1884, serving Girard as a drug store and general store, selling drugs, groceries, and hardware. The old-fashioned soda fountain was added in 1930, and brothers Bob and Bill Deck, the third generation of Decks to run the family business, took over in 1960. They operated the drug store until they decided to retire and sell the 117-year-old family business in 2001.

The old drugstore has changed hands several times since the Deck family owned it. The marble top soda fountain, original hardwood floor, and shelving and showcases display old patient medicines and remedies, early equipment and fixtures, advertising, and many interesting items from years past and when the drugstore began in 1884 are all still there.

In 2021, Doc’s Soda Fountain became Doc's Just Off 66. The soda fountain has been renovated, the restaurant expanded, and the pharmacy museum is still on display.