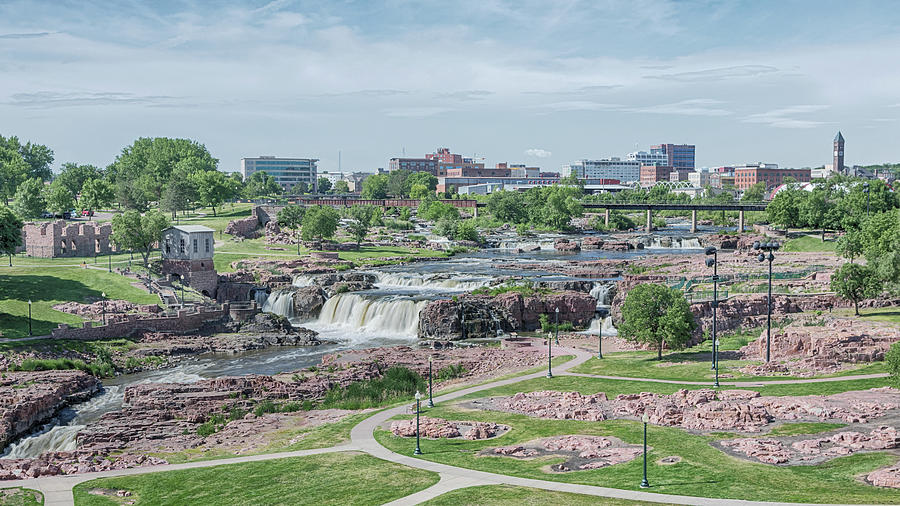 Overlooking the Falls of the Big Sioux River.

The downtown skyline of city can be seen behind the falls. Many of its beautiful buildings were built out of the same quartzite stones that surround the falls.

Falls Park covers 123 acres. An average of 7,400 gallons of water drops 100 feet over the course of the Falls each second.