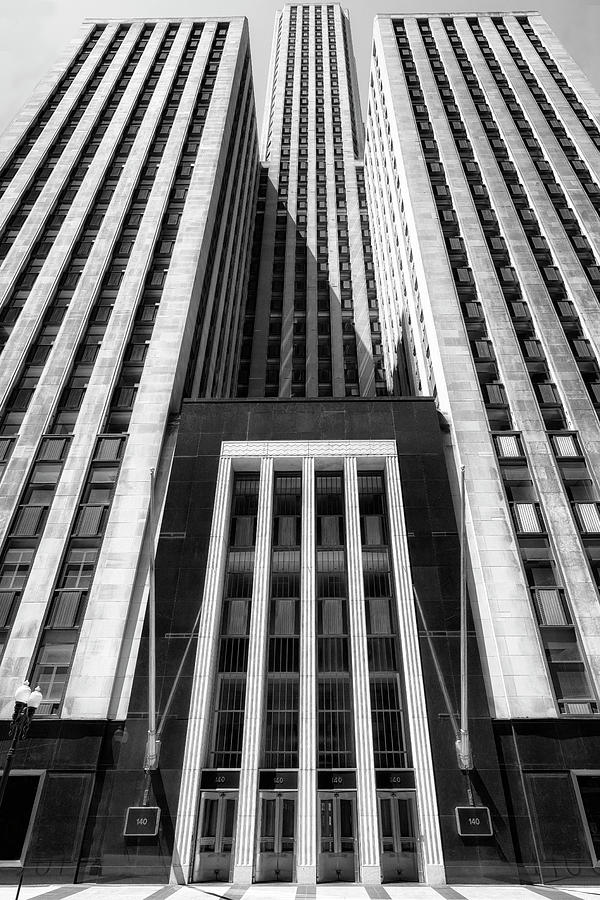 The Field Building, completed in 1934, was the last major office building to be constructed in Chicago before the Great Depression and the World War II construction hiatus, which didn’t end until 1955, when One Prudential Plaza was built. This elegant 45-story Art Deco skyscraper was built on the location of the world’s first skyscraper, the Home Insurance Building, which was constructed in 1885 and demolished in 1931, along with five other buildings to make room for the Field Building construction.

When the Field Building was constructed, it was Chicago’s largest office structure and the first Loop building to have air-conditioning, with the basement and first four floors being cooled. As customary of buildings of the time, there is no thirteenth floor since it was considered unlucky.

The Field Building was designated a Chicago Landmark in 1994.