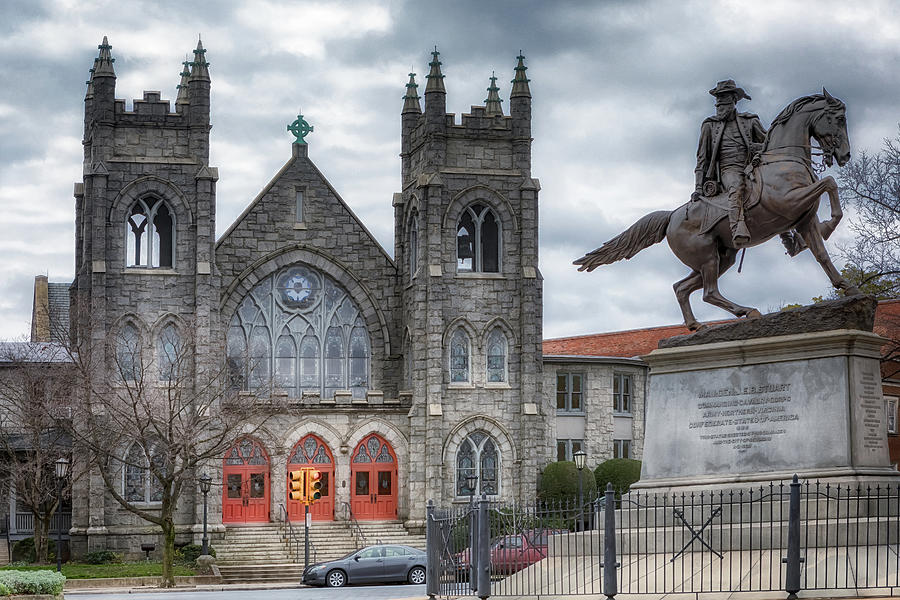 The First English Evangelical Lutheran Church and the J.E.B. Stuart Monument located at Stuart Circle on the historic Monument Avenue in Richmond, Virginia.

In 1911, the congregation made a bold decision to build this beautiful church here at the western limits of the city.

The monument to J.E.B. Stuart was already in place, having been unveiled in 1907. The 15-foot-tall equestrian bronze statue is mounted on a 7 1/2 half foot granite pedestal. The most animated of the Monument Avenue statues, the horse’s right foot is raised, and Stuart is turned in the saddle.

Confederate General James Ewell Brown “J.E.B.” Stuart was a Major General and Chief of Cavalry in the Army of Northern Virginia, Confederate States of America. Considered the eyes and ears of Robert E. Lee’s army, he was mortally wounded at the Battle of Yellow Tavern in 1864 and died in Richmond just a few blocks away from where his monument is located.