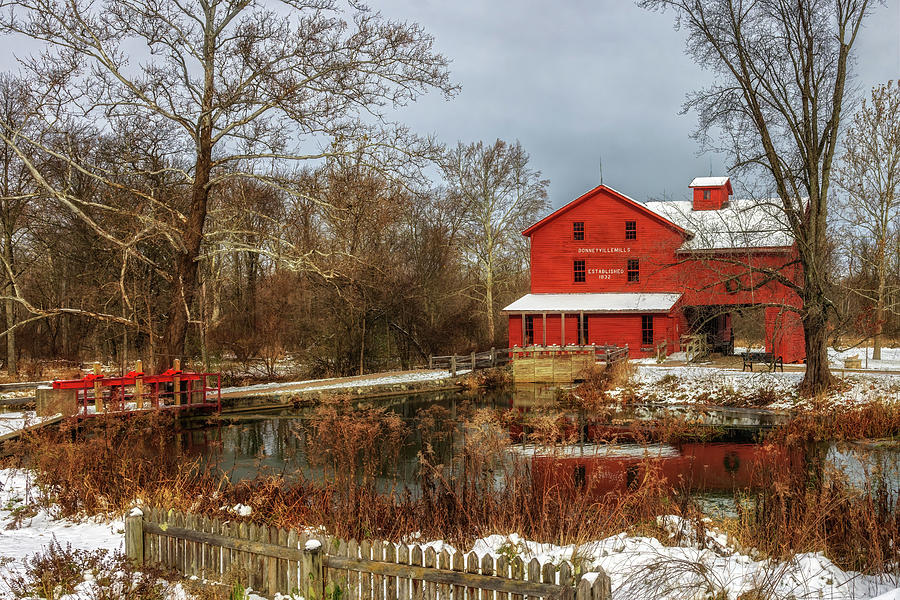 The first snow of the season at Bonneyville Mills in Bristol, Indiana.

The picturesque Bonneyville Mills, constructed in 1837, was designated by the Indiana State Historical Society as the oldest continuously operating grist mill in Indiana and is one of the most photographed locations in Elkhart County.

Gambling on the news that a canal would be routed through the area, Edward Bonney purchased 800 acres of frontier country in Indiana. He relocated to the area known today as Bristol, Indiana, from New York State in 1833. He planned to establish a lumber and grist mill on the Little Elkhart River in hopes of building a village around it. However, the canal never came, and Bonney was forced to find other ways to make money. After defaulting on his debts, Bonney was forced to sell the mill and property in 1942. He was later arrested that year for counterfeiting but escaped before trial and fled west to Illinois. After working his way toward Chicago, he enlisted in the Union Army in 1863, using his hunting skills to locate and return deserters. Bonney received a disability discharge in December 1963 and died two months later.