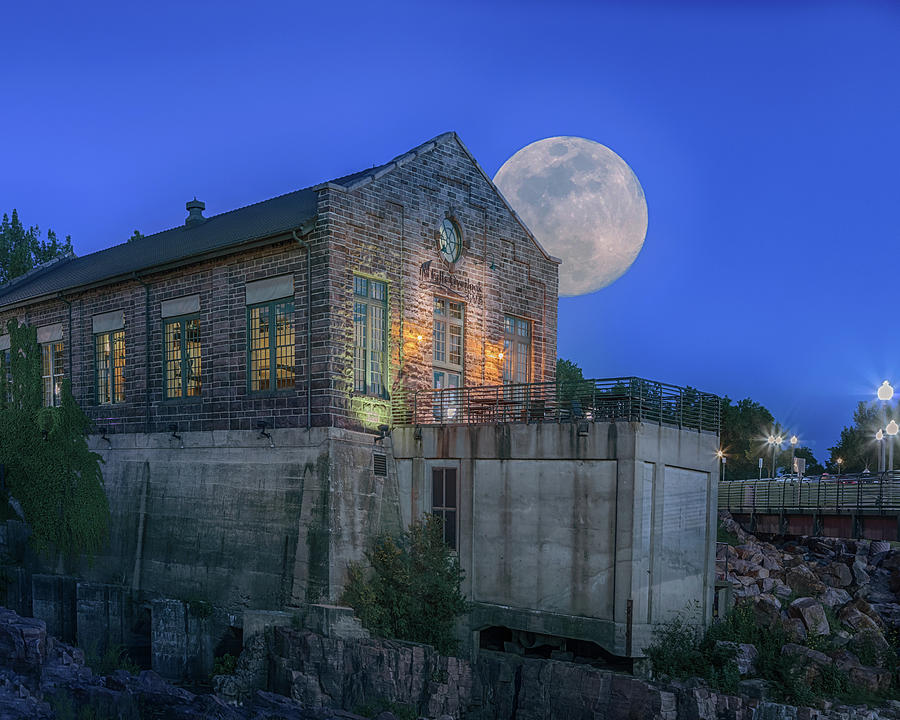 This building is now known as the Falls Overlook Café. It was constructed out of Sioux Quartizite in 1908. This pink stone is the second hardest rock next to diamonds. The building originally housed three 500 kilowatt hydroelectric generators and used the dam and millrace from the Queen Bee Mill. The plant was abandoned in 1974 and then donated to the city in 1977.

The Falls Overlook Café is located on the edge of the Big Sioux River at Falls Park in Sioux Falls, South Dakota.