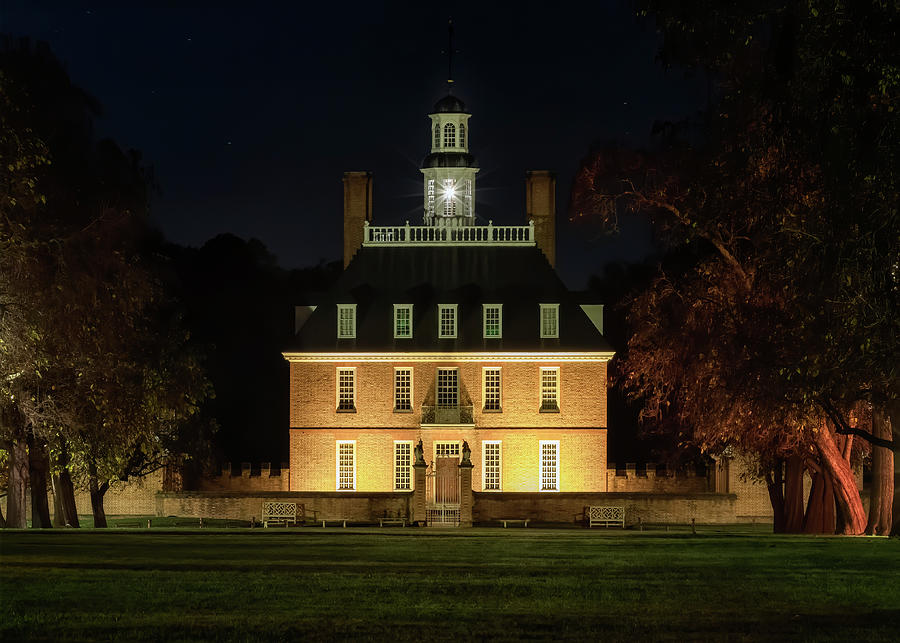 The Governor’s Palace at Colonial Williamsburg lit at night.

During the time that Williamsburg, Virginia, was the capital of the Virginia colony (1699-1780), Governor’s Palace was the official residence for the royal governor. It was also the home for Patrick Henry and Thomas Jefferson, two of Virginia’s post-colonial governors until the capital moved to Richmond in 1780.

One of the two most significant buildings in Colonial Williamsburg, it was reconstructed on its original site in the 1930s. The main house burned down in 1781 while it was being used as a hospital for wounded soldiers following the Siege of Yorktown.