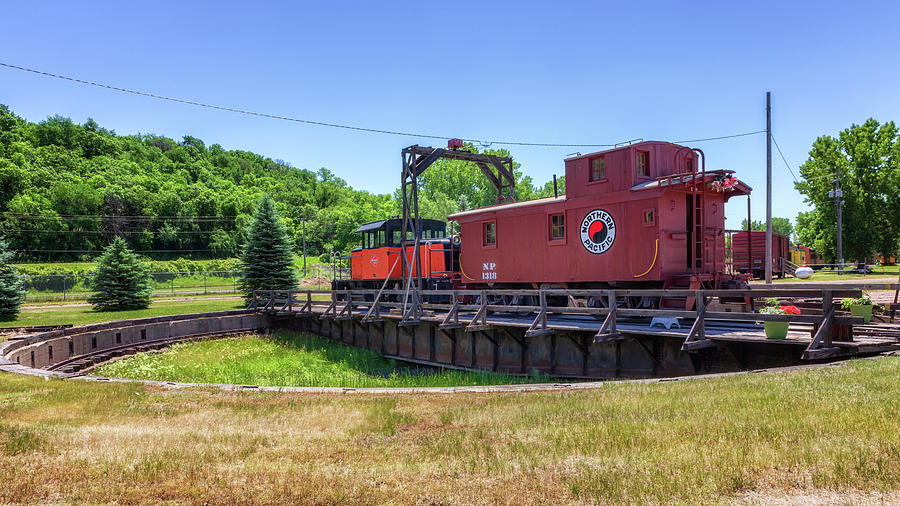 The railroad turntable at the Sioux City Railroad Museum is also known as the Milwaukee Railroad Shops Historic District in Sioux City, Iowa.

The first railroad arrived in Sioux City in 1868. Eight railroads would eventually serve the city before consolidating into six, making Sioux City, Iowa, the tenth-largest rail center in the United States from the 1920s through the 1930s. Because of this, the Chicago, Milwaukee, St. Paul, and Pacific Railroad (Milwaukee Road) built a repair shop terminal here for their rail network in Iowa and the Dakotas. The shop was completed during the height of World War II. It employed 560 workers, overhalled 35 steam locomotives, and serviced over 70 trains a day. By the mid-1950s, the staff was reduced to 10, and the Roundhouse was scaled back from 30 stalls to six. Finally, with the conversion to diesel engines, the shop was obsolete. Milwaukee Road filed for bankruptcy in 1977. It became a farm machinery salvage company in 1981. In 1995, the Siouxland Historical Railroad Association acquired the property and began restoration work converting it into a museum.

The Milwaukee Railroad Shops Historic District was placed on the National Register of Historic Places in 2018.