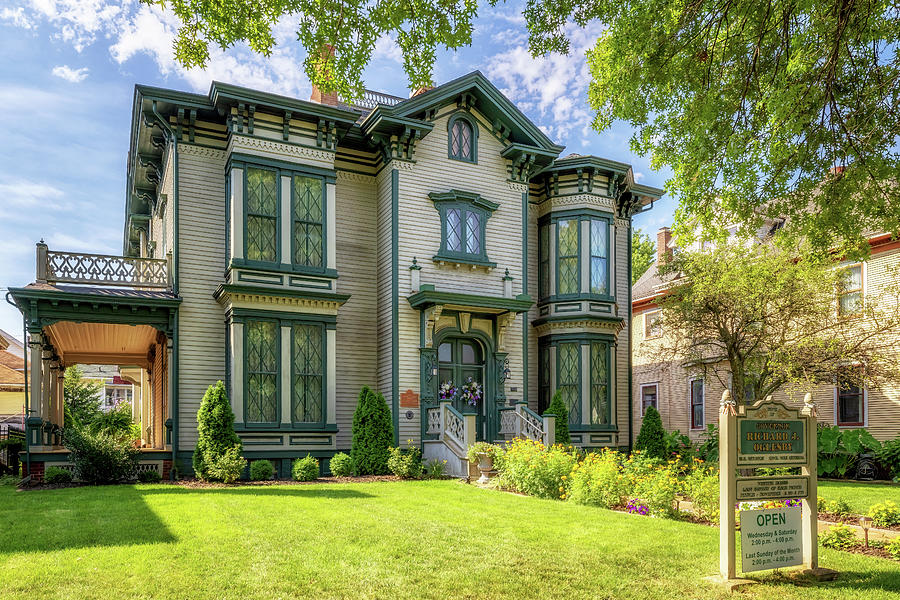 Historically considered Decatur’s most distinguished citizen, Richard J. Oglesby was a US Senator, Civil War Union General, and three-time Governor of Illinois. A personal friend of Abraham Lincoln’s, Oglesby, was invited by Lincoln to attend the play at the Ford Theater the night Lincoln was shot but declined because he was too tired from traveling that day. When Oglesby heard the news, he rushed to Lincoln’s side and was with the President when he passed. Oglesby then escorted Lincoln’s body home to Springfield.

Around 1868, Governor Oglesby contacted William LeBaron Jenney, a Chicago architect known as the father of the skyscraper, to design plans for a new house for him and his wife, Anna. Unfortunately, Anna died in 1868, and the floor plans were set aside. In 1873, Governor Oglesby remarried a widow, Emma Gillett Keays, and after modifying the plans, they built the mansion connecting it to the east side of Oglesby’s original Decatur home. The old house became their servant quarters and kitchen.

The Oglesby’s lived here until 1882, when they moved to Lincoln and eventually on to Elkhart, where they built an even larger house atop Elkhart Hill, the highest elevation in central Illinois, which they named Oglehurst.

When the Oglesby family left Decatur, the mansion was sold to James E Bering in 1882, and his descendants lived in the home until 1972, when Macon County Conservation District purchased the home. Restoration work began in 1976.

The mansion is listed on the National Register of Historic Places.