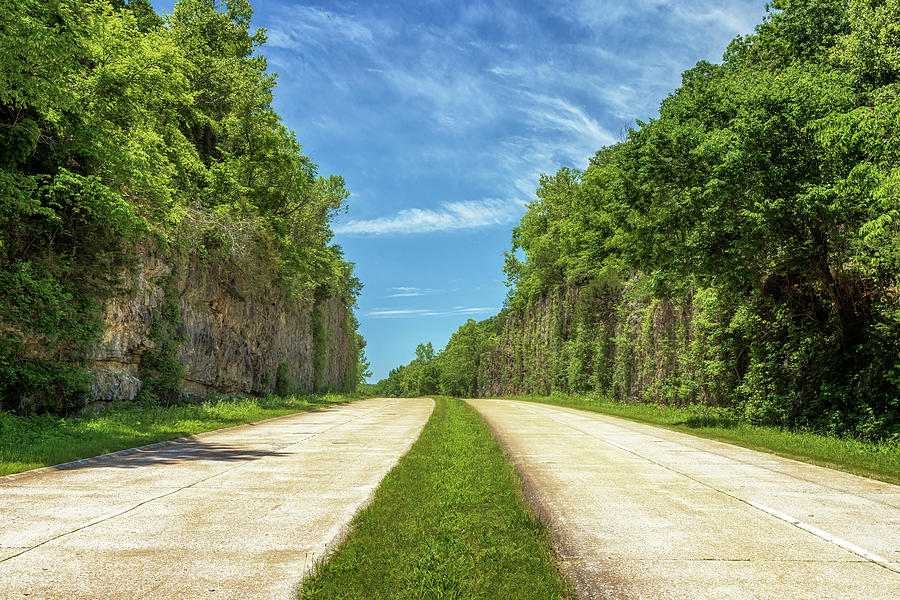 This stretch of Route 66 through the Hooker Cut area was the very first section of 4-lane road to be built along the Mother Road.

Opening just before World War II, the construction traffic for the Fort Leonard Wood Military Base installation generated a terrible snarl of traffic between Waynesville, Missouri, and Devil's Elbow.

Devil's Elbow was the worst! The narrow and windy two-lane gravel road and narrow bridge across the Big Piney River with a curve on one side had earned this stretch of the Mother Road the nickname "Bloody 66." It would only get worse when the Base opened and Military grade traffic was added into the mix.

To create the most direct route possible and alleviate this dangerous problem, Missouri Highway Department engineers decided to build a 4-lane divided highway going through the Hooker Ridge instead of around it. When the highway construction began in 1941, the Hooker Cut, 91 feet from the top of the ridge to the roadbed, was the most significant road cut in United States history.

Considered an engineering triumph, the Hooker Cut opened in 1943. At that time, the Pennsylvania Turnpike was the only other 4-lane highway in the country.