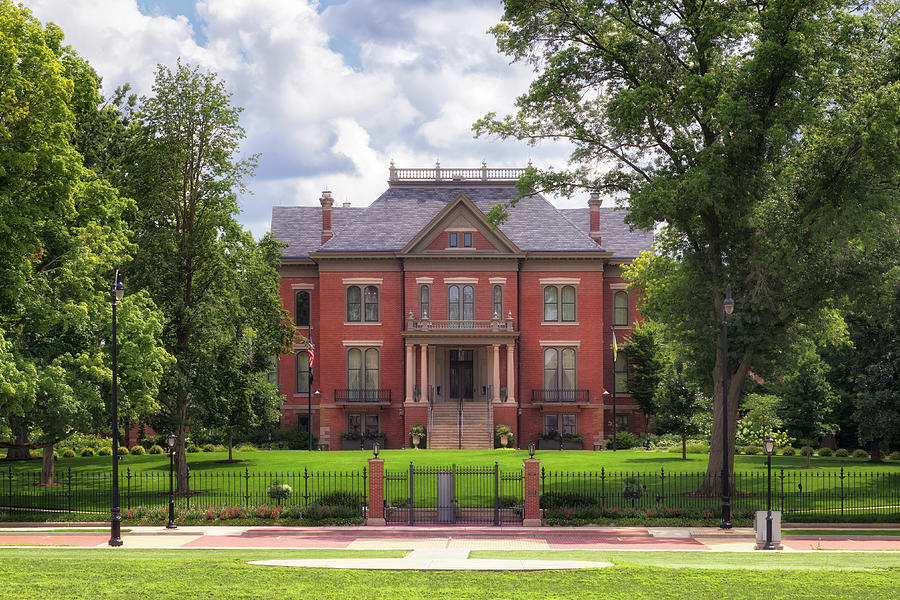 The Illinois Governor’s Mansion in Springfield, Illinois, is the official residence of the governor of Illinois. The 16-room Italianate-style mansion designed by Chicago architect John M Van Osdel was completed in 1855, and alterations to the exterior in 1898 added neoclassical elements. It is one of the oldest historic residences in Illinois and one of the three oldest continuously occupied governor’s mansions in the United States.

While it is sometimes used for state functions, dinners, and meetings, it is maintained as a museum house, and the first floor is furnished with 19th-century furniture. The governor and his family reside in a more comfortably furnished private 7-room apartment on the second floor.

Added to the National Register of Historic Places in 1976, it was known as the Illinois Executive Mansion until it was renamed by Executive Order in 2018.