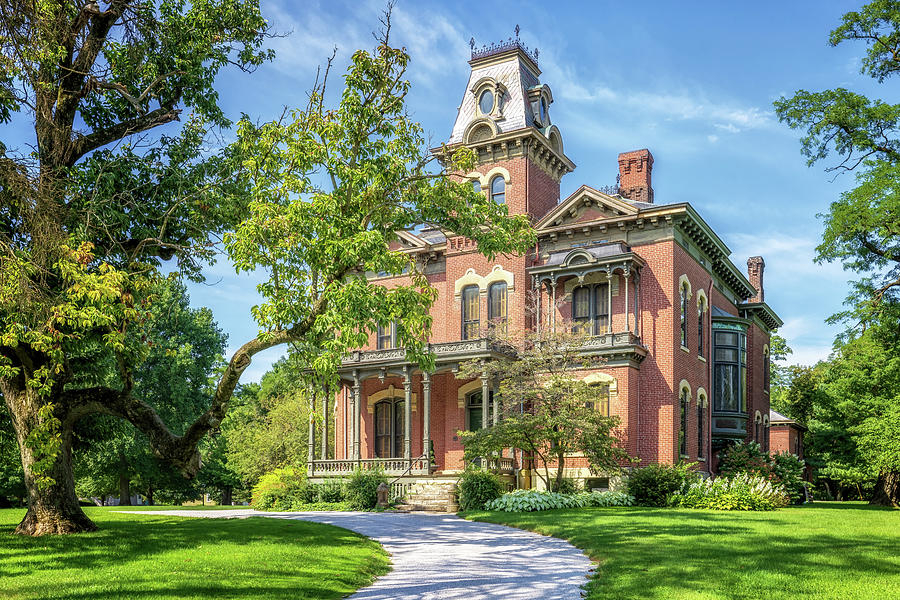 The James Millikin Homestead in Decatur, Illinois, was the home of James and Anna Millikin, the founders of Millikin University, Millikin Bank, Millikin Estate Trust, and the Anna B. Millikin Home for Women and Orphans. Constructed 1875-76, it cost the Millikins $18,000 to build, and while it was designed in the Italianate style, it has a Mansard-styled roof, which is more common in the Second Empire style. The Millikin Homestead has been called the "most imposing Victorian remnant" in Decatur.

The Millikins lived in the home for over 30 years and contributed much to the Decatur community. After James died in 1909, Anna continued to live in the house and support James Millikin University, which he founded in 1901, the Decatur Art Class, and the Municipal Art League. After Anna died in 1913, her will stipulated the Homestead should become an art gallery and museum. She named trustees to oversee the project, but they were not patrons of the arts and struggled to make the transition. As a result, the home stood empty for six years and was used as an auxiliary hospital during the 1918 Spanish Flu pandemic.

Finally, in 1942, the Millikin Homestead's ownership was transferred to Millikin University. While the University supplied the funding, the faculty art director was the permanent caretaker of the home, in charge of maintaining it and altering it to suit the needs of an art gallery.

The Millikin Homestead was added to the National Register of Historic Places in 1974. In 1979 it became a not-for-profit corporation to restore and preserve the interior of this irreplaceable Decatur landmark. The mission statement was revised in 2019. The Homestead is now a cultural and educational activity center and has structurally been restored to the way it was on the day of Anna Millikin's death.