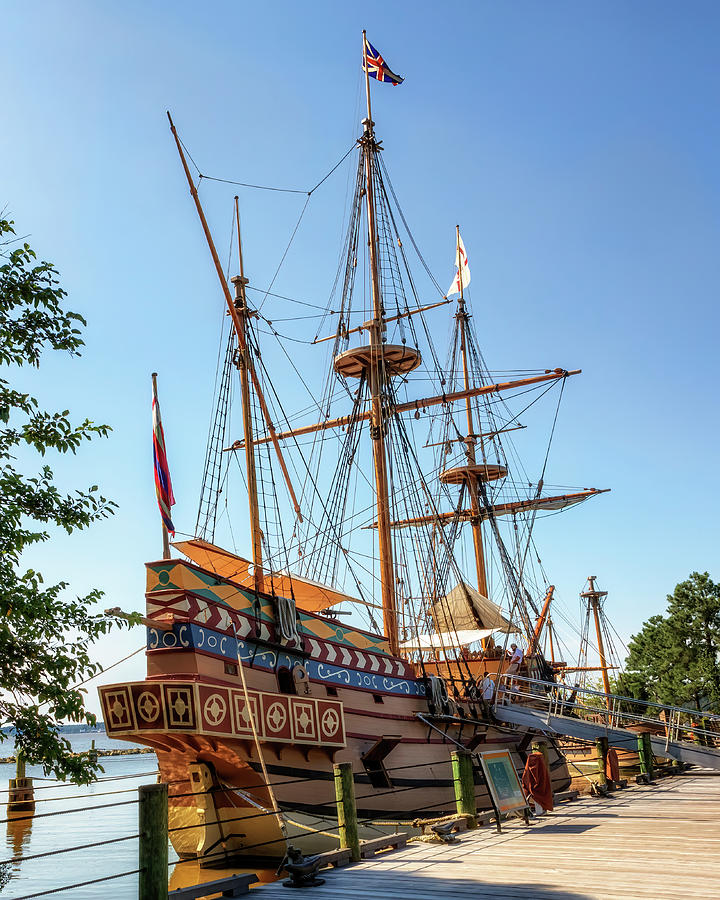 The historic ship the Susan Constant at Jamestown Settlement in Virginia.

The first English colonists arrived in Virginia in 1607 after a four and a half month voyage aboard the three ships Susan Constant, Godspeed, and Discovery. The expedition, sponsored by a business venture of the Virginia Company of London, carried 105 passengers and 39 crew members to America. While the Susan Constant and Godspeed returned to England a month later, the Discovery stayed in Virginia for exploration purposes. The Virginia General Assembly has designated these recreated Jamestown Settlement ships as "the official fleet of the Commonwealth."

The Susan Constant was the flagship and the largest of the three Settlement ships. While this recreation of the Susan Constant was built in 1991, the original would have been built on the River Thames near London around 1605. She returned to London shortly after droping the colonists and resumed her career as a trading vessel.