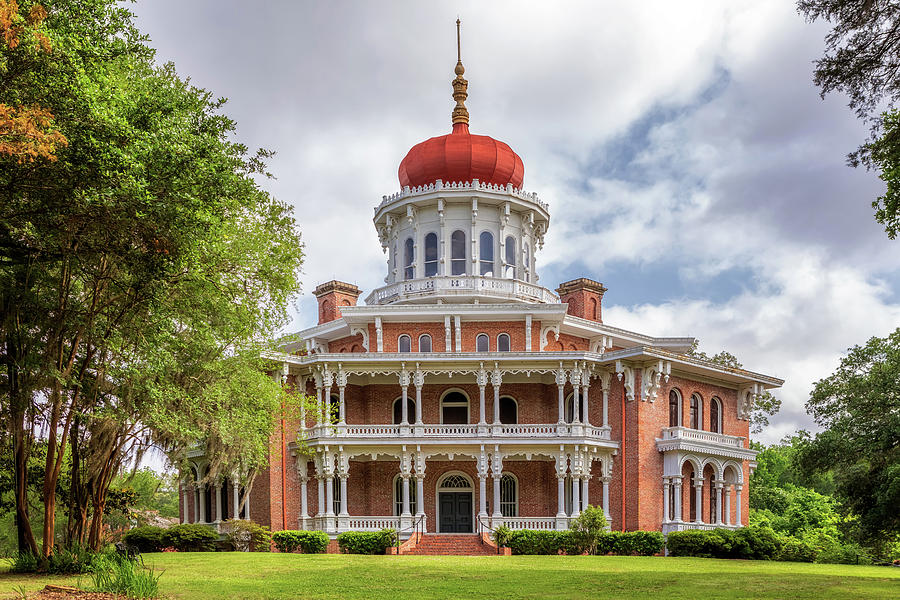 Longwood, also known as Nutt’s Folly by the locals was designed by Philadelphia architect, Samual Sloan for Dr. Haller Nutt and his wife, Julia. Construction on this antebellum Oriental Villa began in 1860 but was halted the next year because of the Civil War. The exterior of the home was mostly completed when the war started, and the family was able to move into the finely appointed basement.

Dr. Nutt died of pneumonia and stress from losing his fortune in 1864, leaving the home uncompleted. The family continued to live in the basement of the house until the twentieth century. They were never able to complete construction on the home.

This antebellum mansion located in Natchez, Mississippi, is the largest octagonal house in the United States. It was designated a National Historic Landmark in 1971.