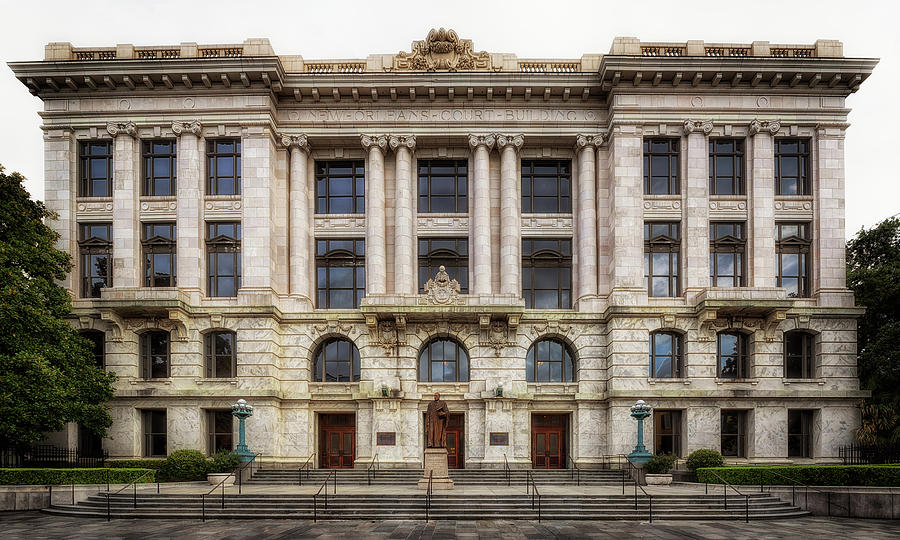 Back in 1903, long before there was any legislation to protect the historic buildings of the French Quarter an entire city block was razed to build this massive white marble Beaux Arts style Louisiana Supreme Court building. It was finally completed in 1910, and many considered this gleaming neoclassical building to be of inappropriate scale for the historic French Quarter and deemed it the “white elephant” saying it was one of the worst examples of a public building found in all America”.

The Supreme Court moved to a new location in 1958 and the building was abandoned. After years of disrepair, the court decided to return to the building in the 1990s and it underwent extensive renovations.

Today, this beautiful building is considered an excellent example of Beaux Arts style architecture and regarded in a much more positive light.