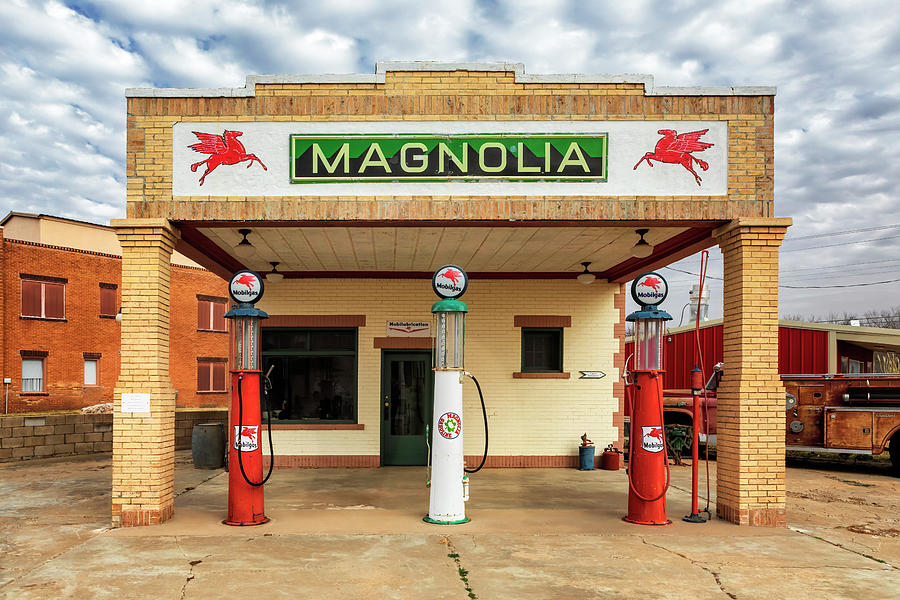 The restored Magnolia Gas Station is one of Shamrock, Texas's historic Route 66 attractions. It opened in 1929 and has three exquisitely preserved gravity feed gas pumps.

Originally part of the Magnolia Petroleum Company of Texas, established in 1911, Standard Oil Company absorbed this regional company in 1925. By 1959, it became part of their Mobil division. So while the Mobil Pegasus logo would not have been on the Magnolia station when it first opened, it would have been added at some point. Mobil started using the Pegasus sometime in the 1930s.