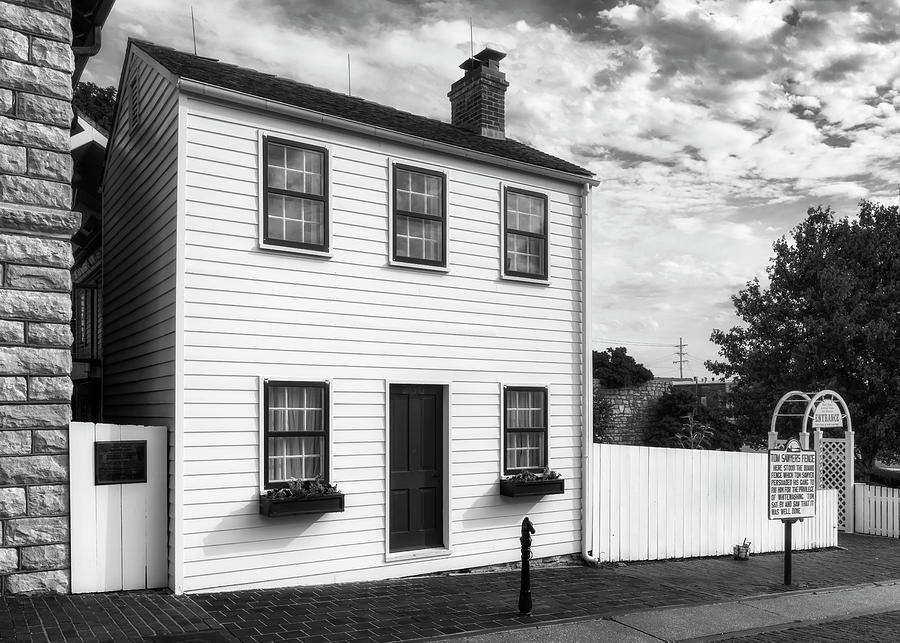 Samuel Clemens, better known as Mark Twain, moved into his boyhood home when he was nine years old in 1844 and lived there until 18, when he left Hannibal in 1853. There was a brief period in 1846-1847 when the family temporarily lost the home because of financial difficulties. They lived in Grant's Drug Store during this time.

Simple and unpretentious, like most middle-class homes of the time, the house was originally only one story with three rooms. The second story was added in 1851 when Sam's older brother, Orion, used the parlor as the office and printing plant for his newspaper, the Hannibal Journal.

Twain used his childhood memories of Hannibal as the inspiration for, The Adventures of Tom Sawyer and the Adventures of Huckleberry Finn, loosely basing the characters on the town's people for his two fictional children's novels.