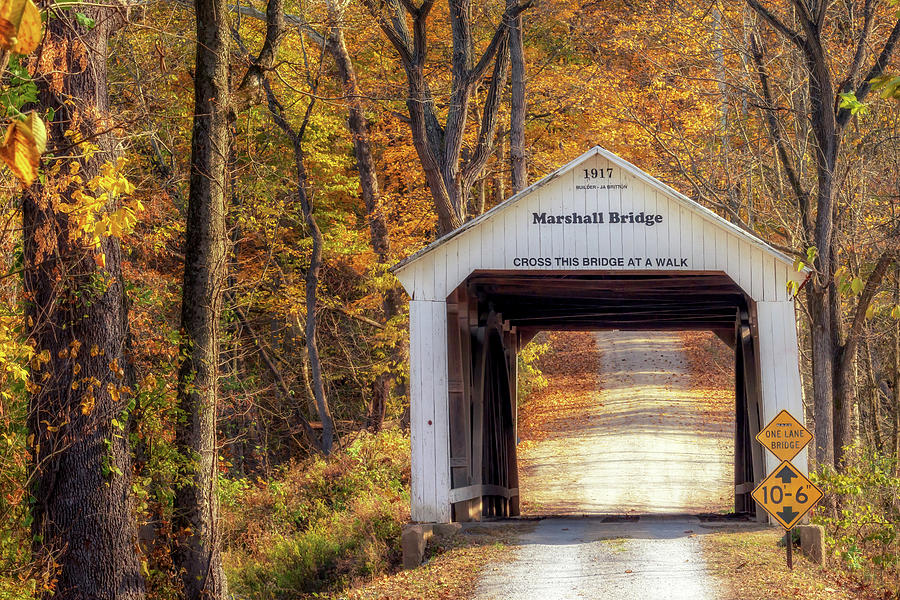 Although there is a town called Marshall in Parke County, Marshall Covered Bridge is several miles away from it. Some think the Marshall Bridge was named after Mahlon Marshall, a Civil War veteran, and the Parke County Commissioner when the present Parke County Courthouse was built in 1879. But instead, it was most likely named for David W. Marshall, the owner of Hill Crest Valley Farm, who owned 132 acres of land near the bridge.

Marshall Bridge dates to 1917 and is the next to the last of the Parke County Covered Bridges built by J.A. Britton, who would have been 80 years old at the time.

This single-span Burr Arch Truss bridge across Rush Creek was added to the National Register of Historic Places in 1978.