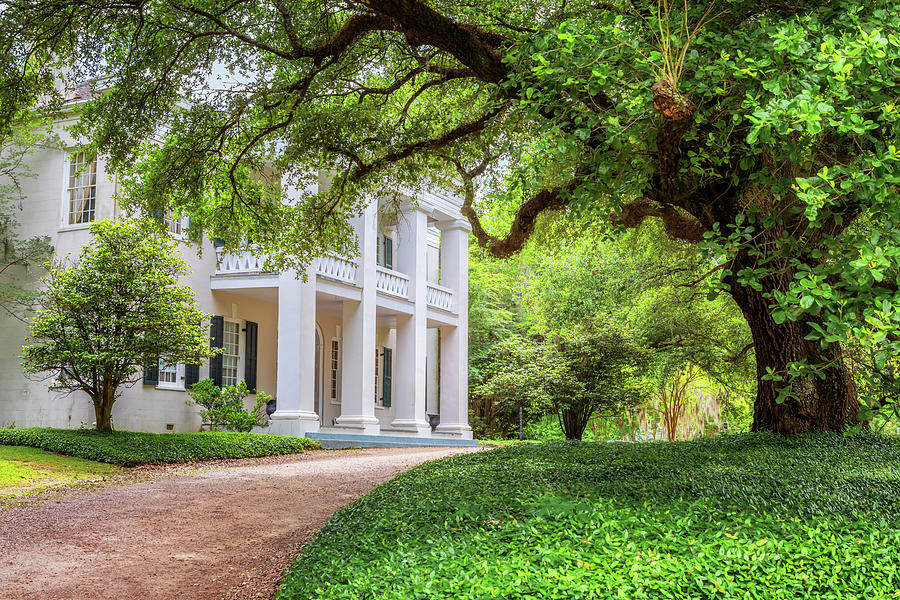 Monmouth was built in 1818 by John Hankinson. The mansion was built in the Federal style and named after Hankinson’s home, Monmouth County, New Jersey. Both Hankinson and his wife died not long after the house was completed. It sold at auction to Calvin Smith, who only owned it one year before selling it to John A. Quitman in 1826.
Quitman is the most well-known person to own the house. He came to Natchez from New York City and became a partner in Natchez’s most successful law firm. He married Eliza Turner, who came from one of the most prominent families in Natchez. John A. Quitman went on to have a very successful military and political career. In 1846, he was appointed brigadier general in the US Army and became a national hero during the American-Mexican War. He also served as Governor of Mississippi on two different occasions.

In 1853, the Quitman’s extensively renovated Monmouth enlarging it and updating the facade to its current Greek Revival style. They added the front portico with the four square columns and covered the original brick with stucco, scored to look like stone.

In 1858, John Quitman died at home, and his wife passed a year later, their children inherited the plantation. During the Civil War, most of their slaves escaped, and the majority of their possessions stolen while the Union occupied the home. The daughter sold much of what remained because of financial difficulties. Until they finally befriended a Union General and pledged loyalty to the United States so that the house would be spared. Quitman’s daughter Annie Rosalie was the last to live at Monmouth, she died in 1914, leaving the property to her nieces who sold it in 1924.

For the next 50 years, the house was severely neglected, and it changed ownership many times. Finally, the property was purchased in 1978 and restored it to its original condition. There are a few pieces of furniture in the home, and through research, some of the Quitman Family heirlooms have made it