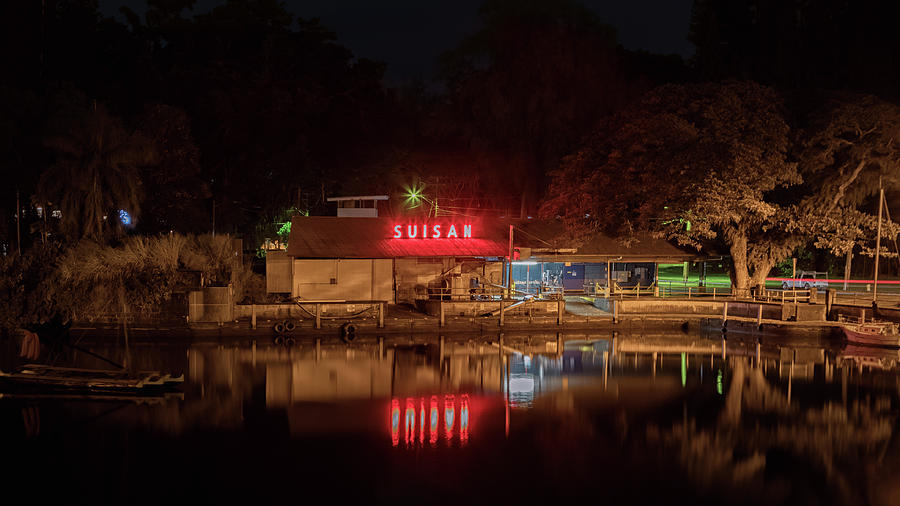 Historic Suisan Fish Market with their sign aglow at night.

In 1907, a group of immigrant Japanese fishermen and peddlers pooled their money together to start a fish auction and market so they would have a central place to sell their fish. More than a century later, Suisan Fish Market is still in its original location at the mouth of the Wailoa River, on a little peninsula jutting into Hilo Bay. It is still one of the main spots on the Big Island where fishermen sell their catch.

They have faced many challenges, including two tsunamis, having its property seized in World War II and its principal, Kamezo Matsuno, sent to an internment camp. Most recently in 2014, they suffered a fire that claimed the main office and warehouse but they continue to thrive and have expanded into a major food distributor for the island of Hawaii. A true immigrant success story!