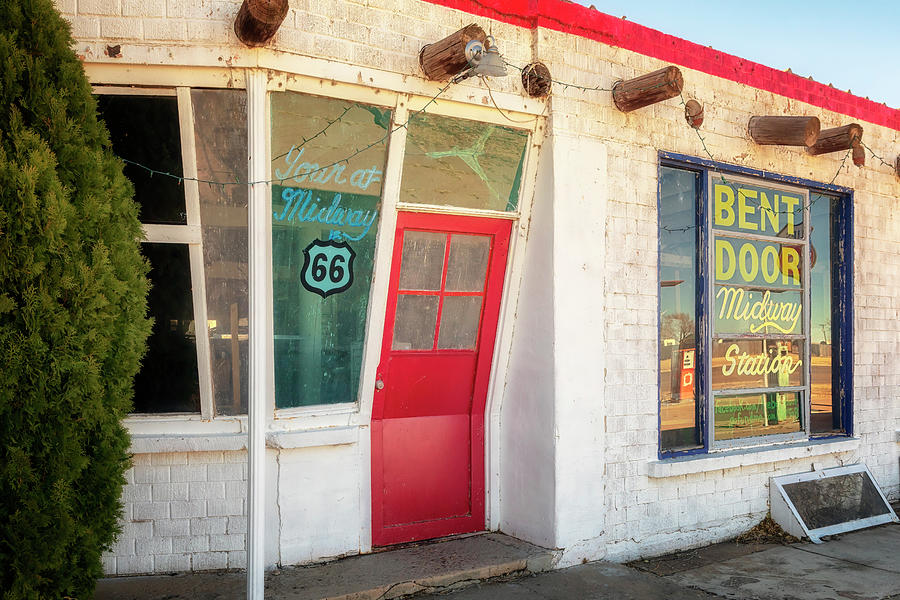 Back in the heyday of Route 66 in Adrian, Texas, this was a busy 24-hour restaurant known as Tommy's Café, that is attached to the Phillips 66 service station. Built in 1947 by Robert Harris, he used the windows from the decommissioned Dalhart Army Air Field air traffic control tower on the front, hoping to turn the Café into one of the Route 66 unique roadside attractions. The door was bent to match the windows and added later. The business closed in 1972.

Now known as the Bent Door Café and Midway Phillips 66 Station, the building was purchased in 2006 by Roy and Ramona Kiewert, who also own the Fabulous 40 Motel. They are in the process of restoring it.