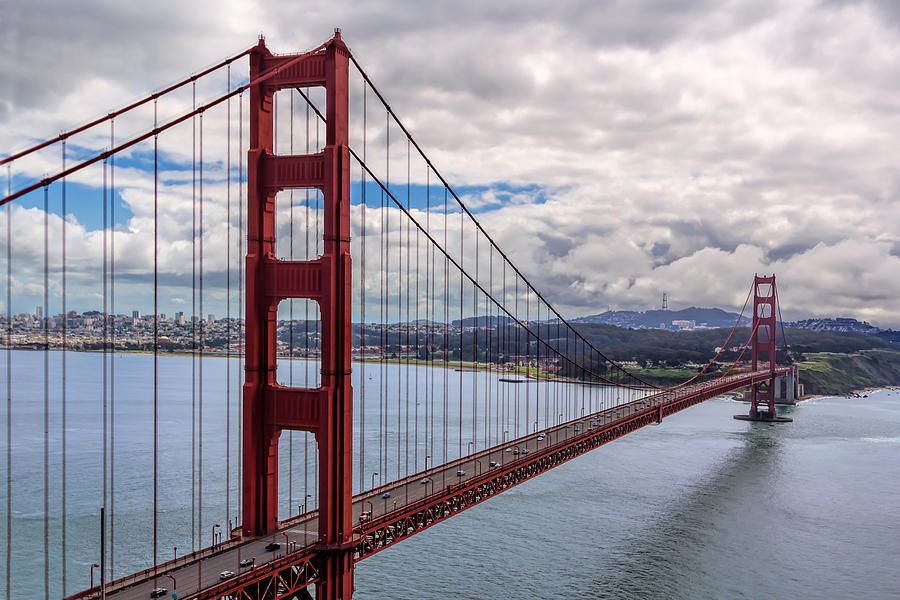 The Golden Gate Bridge is one of California's most famous landmarks. Spanning across the straits between San Francisco Bay and the Pacific Ocean, it connects San Francisco to the Marin Headlands.

Once considered the bridge that could not be built, it took ten years of planning and another four years to complete. When it was finished in 1937, eleven workers had lost their lives from struggling against relentless winds, fog, rock, and treacherous tides.

At 1.7 miles long, it is a single-span suspension bridge anchored by twin towers that are 746 feet tall. Two cables, more than 7,000 feet long and equaling 80,000 miles of wire, stretch over the tops of the towers are anchored in concrete onshore supporting the suspended roadway. It is famous for its International Orange color and the Art Deco elements added to the two towers.

The Golden Gate Bridge is considered one of the seven wonders of the modern world.