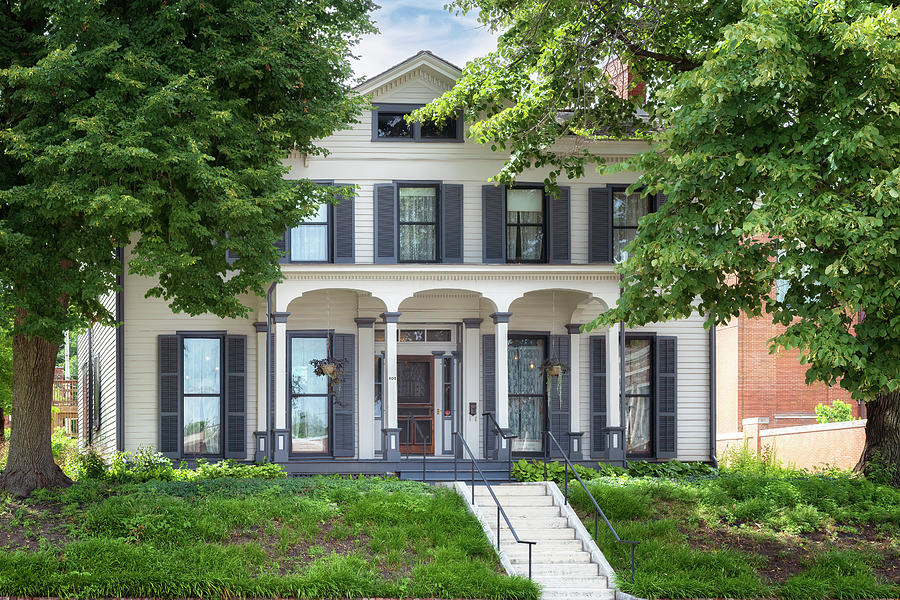 This beautiful home in Springfield, Illinois, was the birthplace and long-time home of the internationally known poet and artist Vachel Lindsay.

Lindsay’s parents bought the house in 1878, adding ten rooms to it in 1893. Vachel called the house his “hereditary castle” since he was born in the home in 1879, and it was his only home until he died in 1931.

Vachel Lindsay won fame in the early twentieth century for his unique style of syncopated, repetitive poetry written to be performance art. Some even consider him the grandfather of rap. His two best-known volumes, The Congo (1914) and Collected Poems (1938) were both written and illustrated by him. As an artist, he worked primarily in pen and ink.

While today this home is known because of Vachel Lindsay, the house also has a tie to Abraham Lincoln. This circa 1840s Greek Revival home was built by Henry Dresser, who sold Abraham Lincoln his home just a few blocks away. Before the Lindsay family lived here, it was purchased in 1853 by Abraham Lincoln’s sister-in-law, Ann Todd, and her husband, Clark Moulton Smith. They often entertained the Lincoln family here, and it was the site of Lincoln’s gala sendoff reception the night before he left Springfield for Washington, DC.

In 1971 the home was designated a National Historic Landmark. It was placed on the National Register of Historic Places the following year.