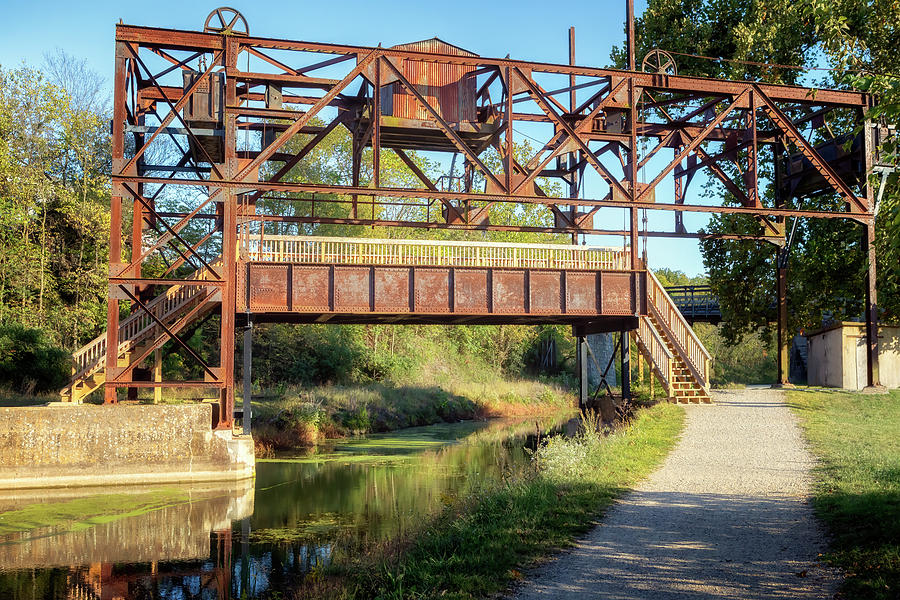 This old Railroad lift bridge across the C&O Canal can be visited on the left side of the Cushwa Basin in Williamsport, Maryland.

In 2016, the Lift Bridge was raised to expand the canal boat ride from the Cushwa Basin. Access from the Visitors Center to the towpath was lost at that time, and the stairs and platform had to be added to the bridge. It is part of the Chesapeake & Ohio Canal National Historical Park.