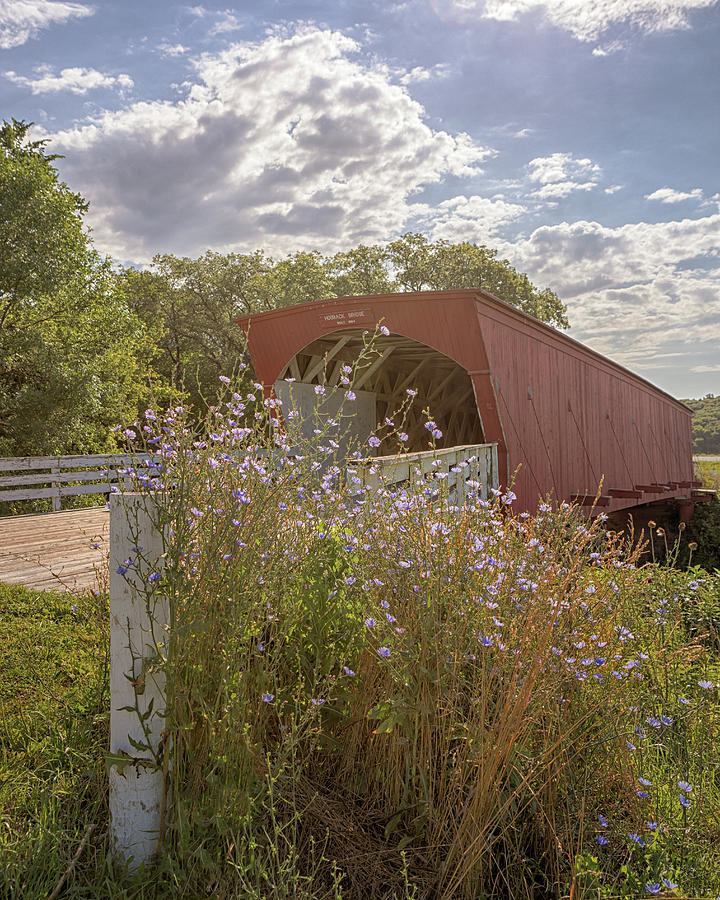 I think Hogback Bridge is the most scenic covered bridge in Madison County, Iowa.

Known locally as Hogback Covered Bridge, it was built in 1884 by Benton Jones. This bridge still sits in its original location spanning 97 feet over the North River. It was named after the limestone ridge that forms the west end of the valley. Its construction is covered timber town lattice truss overlaid by a queenpost frame.

Listed on the National Register of Historic Places, it is one of the five remaining covered bridges. Cedar Bridge, the sixth bridge was destroyed in mid-April of 2017 by an arsonist.