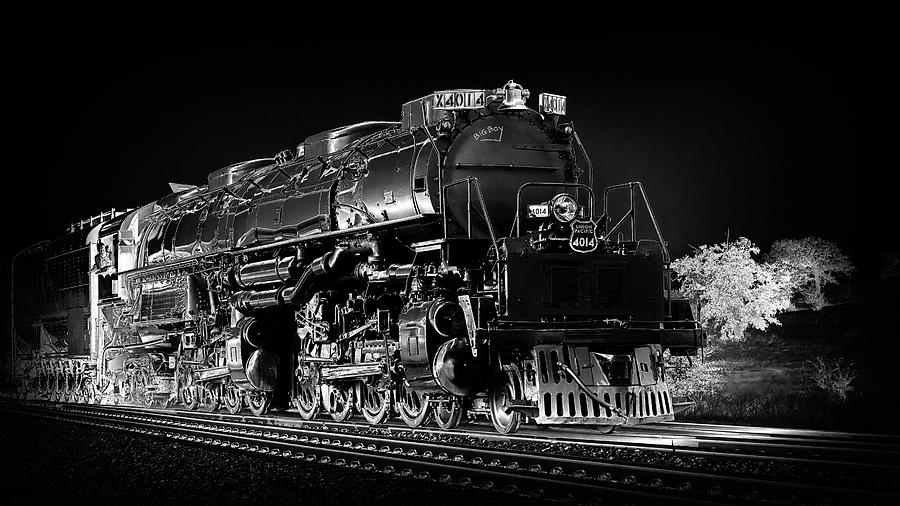 Big Boy No. 4014 passes through the southeastern Nebraska countryside shortly before pulling into the Fairbury Rock Island Railroad Depot Museum.

Big Boy No. 4014 was one of the first Big Boys to be delivered to Union Pacific in December of 1941. After logging over 1,031,205 miles, it retired in December of 1961. This engine was on display in the RailGiants Museum in Pomona, California, until Union Pacific reacquired it in 2013. After a complete restoration, it returned to service in May 2019 to celebrate the 150th anniversary of the Transcontinental Railroad completion.

Only eight of the 25 Big Boys that Union Pacific Railroad had built exclusively for them survive and only two of them are still operational. Most are on static display in museums around the country. Because of the Big Boy’s extreme length of 132 feet, their frame had to be hinged to negotiate curves. These massive steam locomotives typically hauled freight over the Wasatch mountains between Ogden, Utah, and Green River, Wyoming.