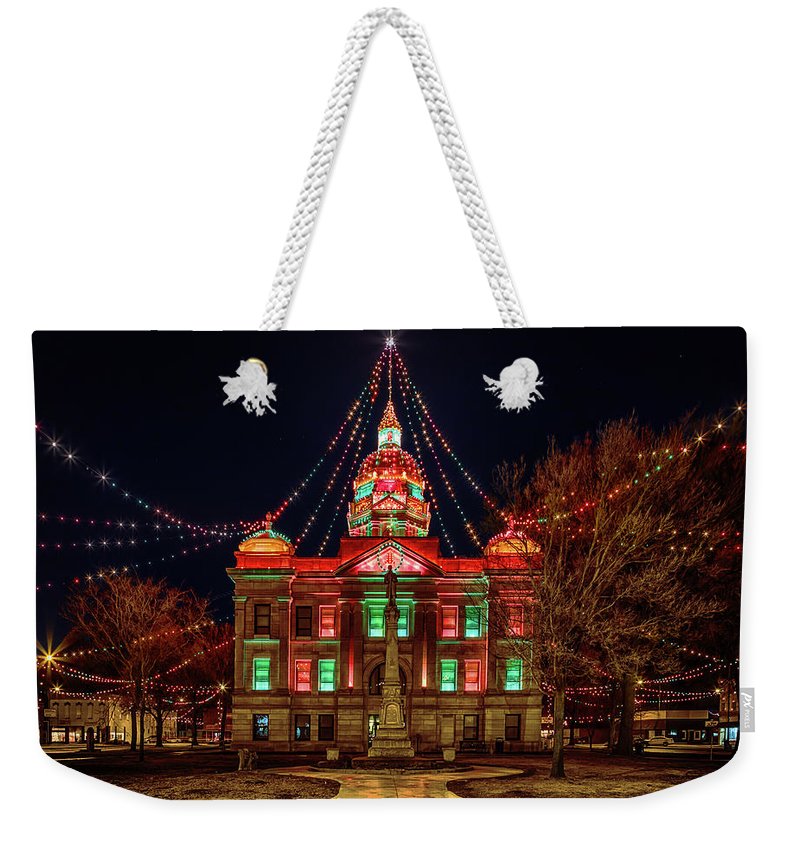 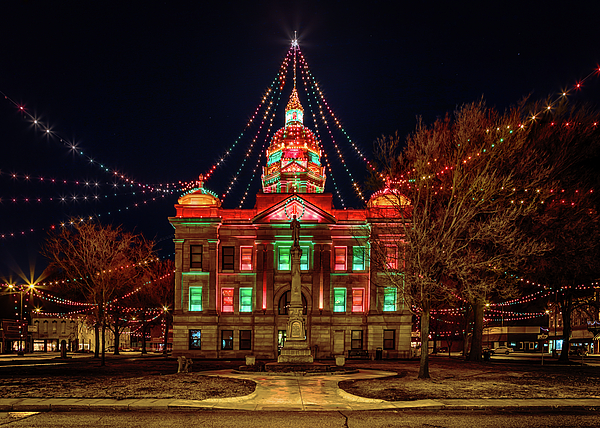 Our weekender tote bags are chic and perfect for a day out on the town, a staycation, or a weekend getaway.   The tote is crafted with soft, spun poly-poplin fabric and features double-stitched seams for added durability.   The 1" thick cotton handles are perfect for carrying the bag by hand or over your shoulder.   This is a must-have for the summer.

The Kearney County Courthouse in Minden, Nebraska, was first illuminated for Christmas in 1915 to honor the Grand Army of the Republic, a Civil War... more

Spot clean or dry clean only.

The Kearney County Courthouse in Minden, Nebraska, was first illuminated for Christmas in 1915 to honor the Grand Army of the Republic, a Civil War Veterans organization, when they held their annual encampment. At the time, it was a momentous event since rural Nebraska did not have electricity. Just imagine looking out across a flat dark prairie and seeing these Christmas lights glowing for miles! It was not until 1936 that the rest of rural Nebraska began to be electrified when the Rural Electrification Act was signed. In 1996, Nebraska's Governor named Minden, Nebraska, Christmas City. Copyright 2016 Susan Rissi Tregoning