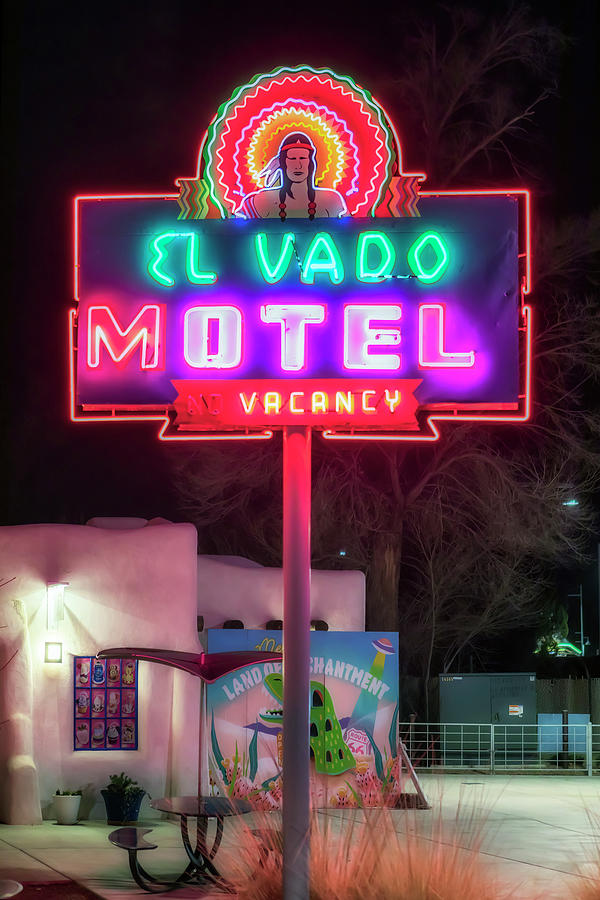 The El Vado is Albuquerque’s oldest Route 66 tourist court on the current alignment. Irish immigrant, Daniel Murphy, built the El Vado in anticipation of the Route 66 realignment, opening the motel in 1937. Designed in the popular Spanish Pueblo Revival style, the motel had thirty-two rooms with adjoining carports and a gas station. Quite the showplace in its day, a write-up in the Albuquerque Progress described the rooms as “swanky tile cabin suites ready for the summer tourist trade.”

After being closed since 2005, the El Vado Motel reopened in 2018 after an $18 million award-winning redevelopment project.

The El Vado was placed on the National Register of Historic Places in 1993, cited as one of the best examples of pre-World War II motels in New Mexico. It has also been designated a City Landmark and listed on the New Mexico State Register of Cultural Properties.