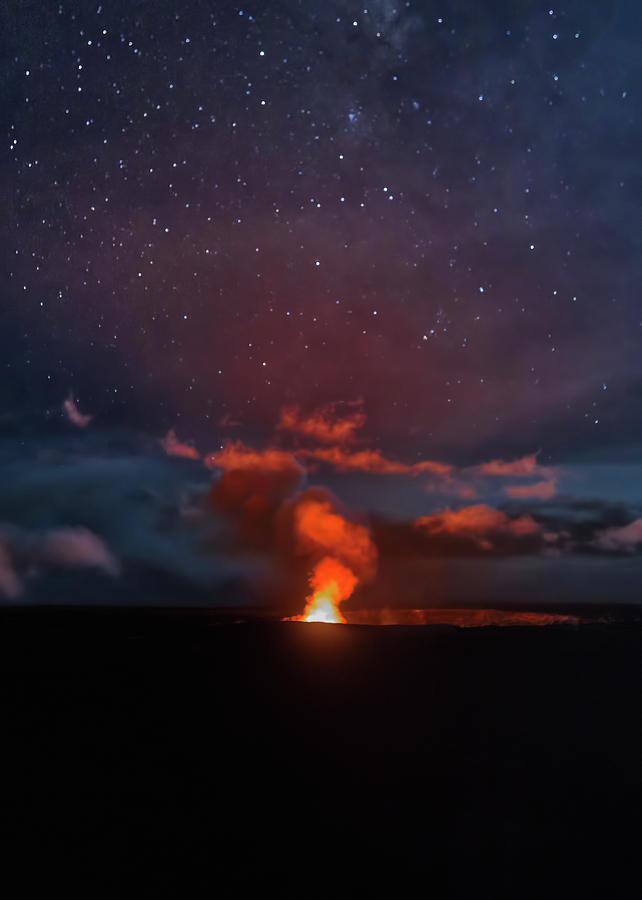 Shortly after sunset, the clouds moved in low and hovered over Halemaumau Crater creating an eerie smoky glow. We had to move farther away from Jagger Museum in order to see the night sky.

This image was captured at Hawaii Volcanoes National Park on the Big Island of Hawaii.

This image was captured in September of 2017. On May 3, 2018, the volcano began it's most recent erruption. Halemaumau Crater now looks very different. This is a view of the crater that will never be seen again.