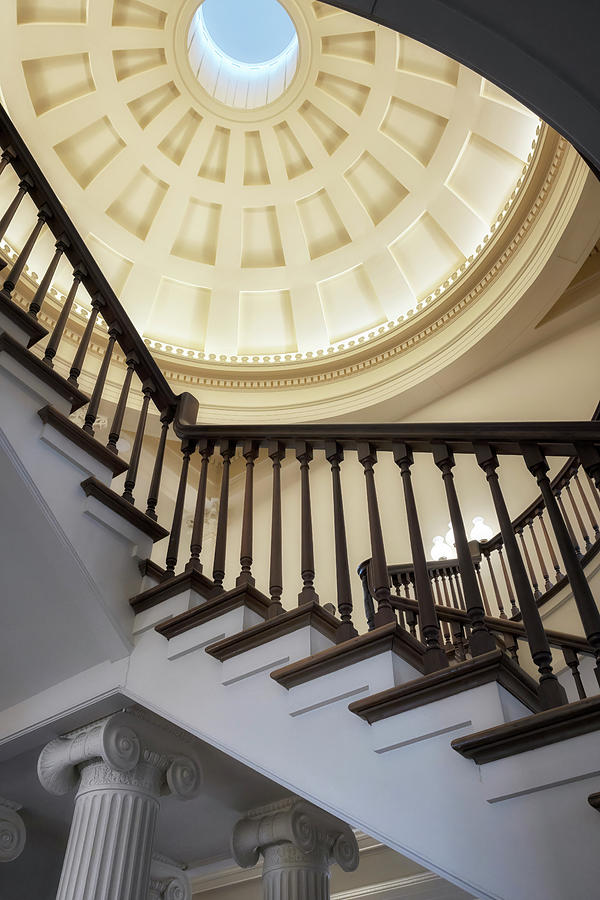 I have always loved the simple elegance inside the Old State Capitol building in Springfield, Illinois.

In this image, I’m looking up into the dome that was influenced by the Pantheon in Rome. You can just see a bit of the four Ionic Columns that support the central landing of the staircase.

Illinois Old State Capitol is the fifth capitol building for the state and the first to be located in Springfield. Constructed in the Greek Revival-styled construction on the building started in 1837 and was completed in 1840. It served as the state house until 1876 when Illinois simply outgrew the building and needed a larger space. It was then used as the Sangamon County Courthouse until 1966.

In 1961, the building was designated a National Historic Landmark primarily for its Abraham Lincoln and Stephen Douglas history. These are the floors that Abraham Lincoln walked, practiced law, served his final term as a lawmaker, gave his “House Divided” speech and announced his candidacy for US Senate. The House Chamber is where he laid in state before his burial at Oak Ridge Cemetery.