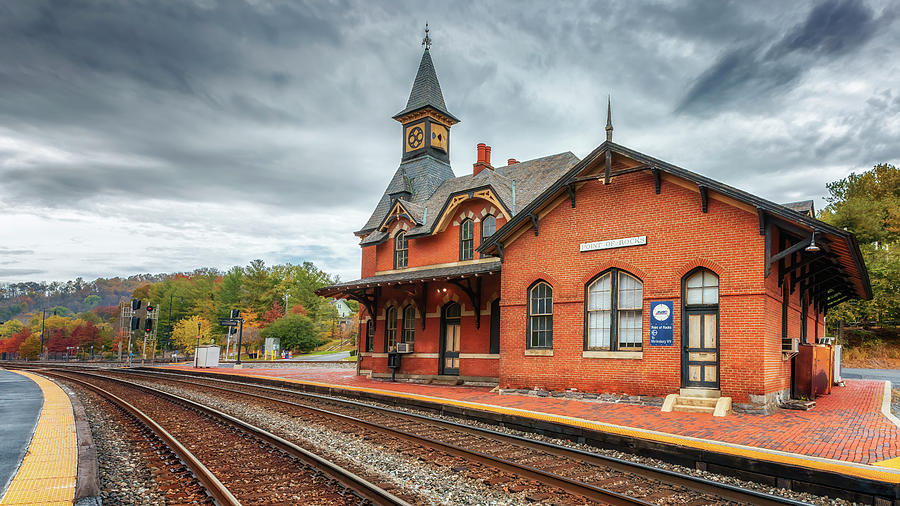 The historic Point of Rocks Train Station, constructed in 1876, was designed to highlight the B&O Railroad’s new line from the West to Washington DC. Designed by renowned architect E. Francis Baldwin, he designed many other B&O stations, but Point of Rocks is the station for which he is best known.

Constructed with red brick and local sandstone, this magnificent Gothic Revival train station is situated on a small triangular plot at the spot where two sets of railroad tracks converge. The main building is 2 ½ stories tall with a four-story tower and a 1 ½ story wing at the base. The tower has a pyramidal roof with a dormer on each side and a square cupola supporting a pyramidal peaked roof.

Added to the National Register of Historic Places in 1973, it is no longer open to the public and is used by CSX for storage and offices. The station is widely considered the most photographed train station in the United States.