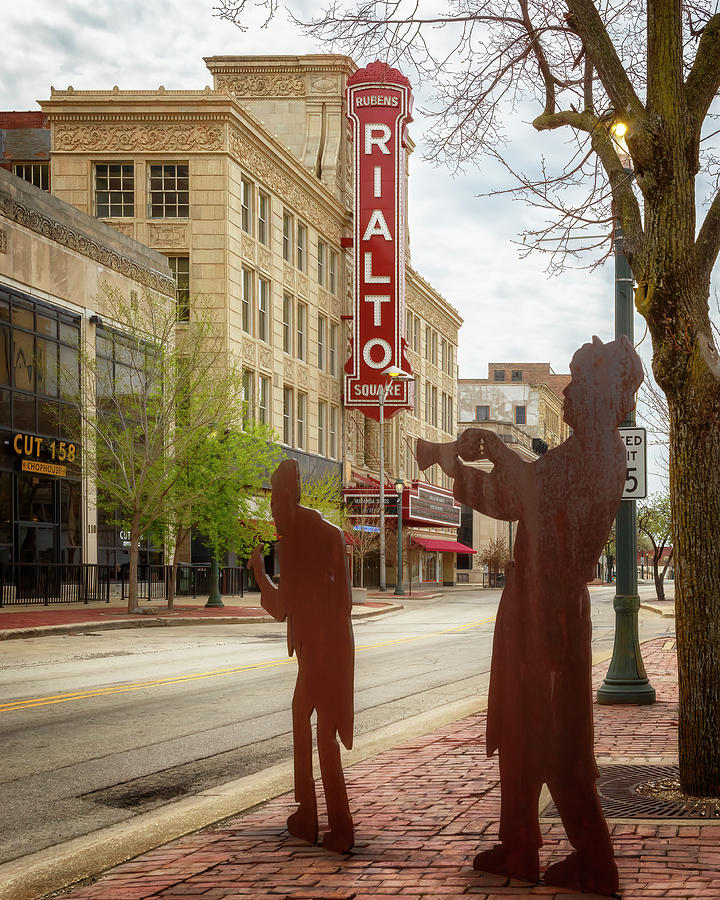 The Marx Brothers at the Rialto Theatre

The Marx Brothers at the Rialto Theatre

The silhouettes of Harpo and Groucho Marx in front of the historic Rubens Rialto Square Theatre in Joliet, Illinois.

This architectural masterpiece opened its doors in 1926 during the Golden Age of movie palaces showing silent films and vaudeville acts. The theatre was built to be a "Palace for the People."

The city of Joliet was at its peak as an industrial iron and steel town during the 1920s. Making it one of the most influential towns along the Illinois and Michigan Canal.

These Corten steel silhouettes reflect the industrial character of the region while giving the nod to the theatre that became the centerpiece for Joliet's downtown.