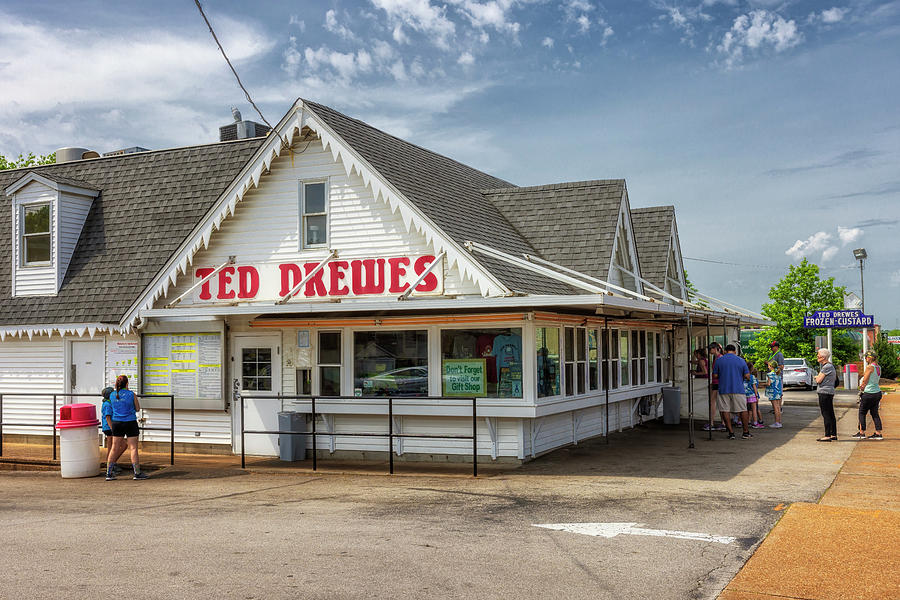 The business was started by Ted Drewes Sr, who is considered the greatest tennis player to ever come out of St Louis. He opened his first custard stand in 1929 in Florida, near where the family wintered each year so he could continue playing tennis. The following summer, he introduced his frozen treats to St Louis.

Over the years, there has been a Ted Drewes in many locations around the metro area, but the Custard Stand on Route 66 / Chippewa Street, which opened in 1941, is now their flagship store.

In 1985, they increased the size of the Chippewa location from five serving windows to twelve and added an additional parking lot.

Honestly, it could stand to be even larger. Ted Drewes has become so popular that the lines are insanely long in the hot summer evenings with swarms of people everywhere, more like a Cardinal’s game letting out, but that never stops a native St. Louisian from waiting in line; the custard here is just that good!

I consider Ted Drewes a MUST STOP Route 66 location, but I recommend visiting earlier in the day if possible. They open early, skip lunch and eat a concrete; that’s what I did!