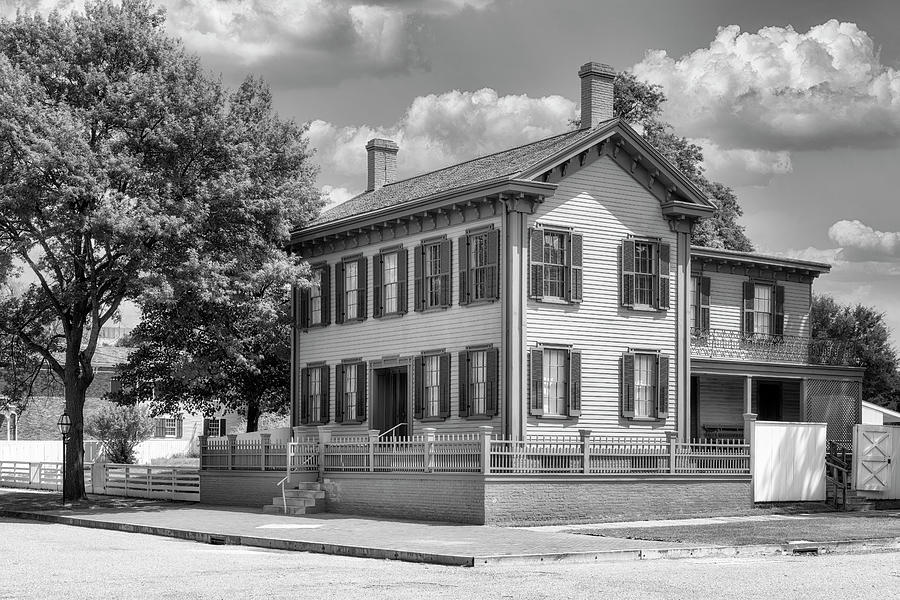 This simple, comfortable house is the only home that Abraham Lincoln ever owned.

Abe purchased it from Reverend Charles Dresser, the minister that married him and Mary, for $1500. It was just a small one-story cottage with two attic rooms when they bought it. However, the Lincolns would eventually enlarge it to two full stories with twelve rooms—well built entirely of native woods, with a frame of oak, split laths of hickory and oak, and door frames and weatherboarding of black walnut.

Abe, Mary, and baby Robert move into the home in 1844. Mary would give birth to three more sons here, Eddie, Willie, and Tad. Son Eddie died in 1850, and Robert would leave home for college in 1859. It was their home for 17 years, from 1844 to 1861. When they closed the door the last time before heading to Washington, DC, they had every intention to return home one day, but none of the Lincoln family ever lived here after President Lincoln’s death. Instead, the family rented the home until 1887, when Robert Lincoln gave the house to Illinois as a public museum.

Today, it is the Lincoln Home National Historic Site in Springfield, Illinois. It has been restored to reflect the Lincoln Home in 1860, shortly before they left for the White House. In addition, four blocks of homes surrounding the Lincoln Home are also restored to the period allowing the public to see what it was like to live in Mr. Lincoln’s neighborhood.