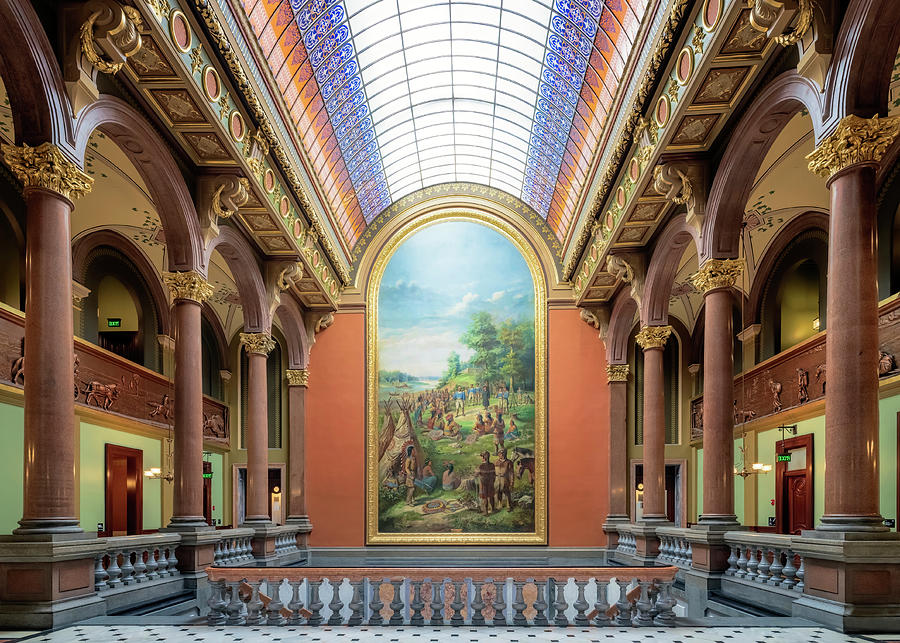 On the third floor above the Grand Staircase in the Illinois State Capitol in Springfield is “Treaty With The Indians,” a 20’ x 40’ mural depicting the peace treaty between George Rogers Clark and the Native Americans at Fort Kaskaskia in 1778, painted by Gustave A Fuchs in 1886.

Illinois has had six capitol buildings, with three of them still in existence, one in Vandalia and two in Springfield. This is the final and current Illinois State Capitol building. Ground broke in 1868, and it took twenty years to complete in 1888 for a final cost of $4,315,591. It was designed by the Chicago architecture firm Cochrane and Garnsey in the Renaissance Revival/Second Empire style.

The Illinois State Capitol Building was placed on the National Register of Historic Places in 1985.