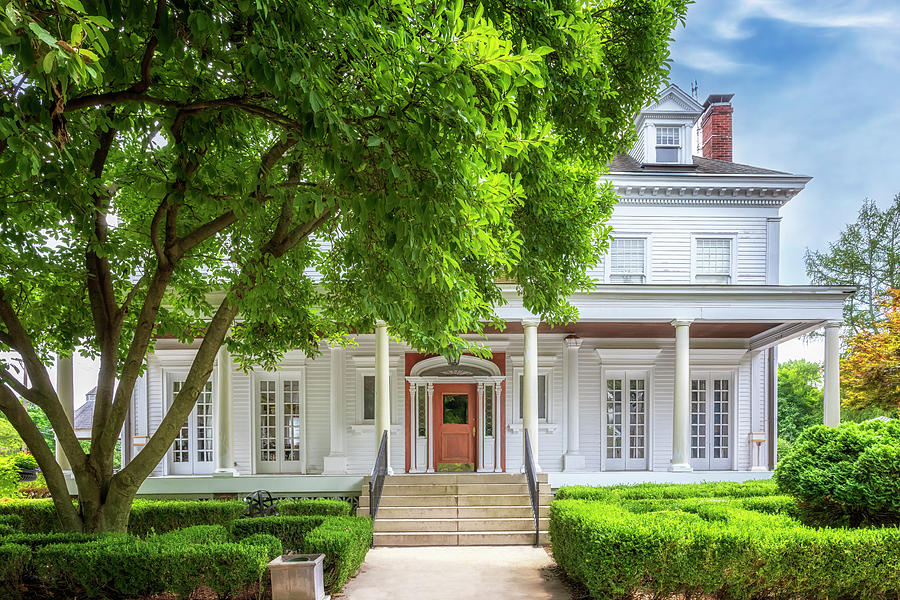 In 1896, at twenty-six years old, George Pasfield Jr. (1870-1930) began building this Georgian-Revival Mansion at the entrance of his family's large wooded estate they had owned since the 1840s. The house overlooked the family home where his father still lived. At the time of its construction, its location was at the western edge of Springfield's business district.

Pasfield's father and grandfather, both also named George Pasfield, were early settlers of Springfield, arriving in 1831. The elder George Pasfield was one of the first merchants on the public square and helped to bring the Illinois capital to Springfield. His son, Dr. George Pasfield (1831-1916), was a banker who expanded the family's land holdings and co-founded internationally known businesses. At the time of his death, Dr. Pasfield, a personal friend of Abraham Lincoln, was the wealthiest man in central Illinois.

The Pasfield mansion, a Springfield city landmark, was constructed in the Classical Revival style and exemplified the symmetrical elegance of Georgian design popular one hundred years earlier. With a grand central staircase and large veranda, the mansion is reminiscent of an antebellum plantation. While the architect is not known, the house's attention to detail was clearly the work of an architect and not a design taken from a book of plans. The Pasfield's wealth allowed him to build this fashionable home so different from the asymmetrical Queen Anne gingerbread homes popular in Springfield's Aristocracy Hill at the time.

The Pasfield family sold the home about ten years after Pasfield's death in 1930, and it was subdivided into apartments. Purchased in the 1990s by Tony Leone, a local businessman and former clerk of the Illinois House, extensive renovations were completed returning the mansion to its former glory. Upon its completion, Leone received the 2011 Historic Preservationist of the Year award from the Springfield Historic Sites Commission for his restoration work on the home. It operated as the Pasfield House Inn, a bed and breakfast.

Mr. Leone passed away in 2021, and the home is under new ownership. It is again undergoing renovations with plans to reopen very soon as a boutique hotel and events center.

The area surrounding the home is a private park designated the Pasfield House Historic Area.