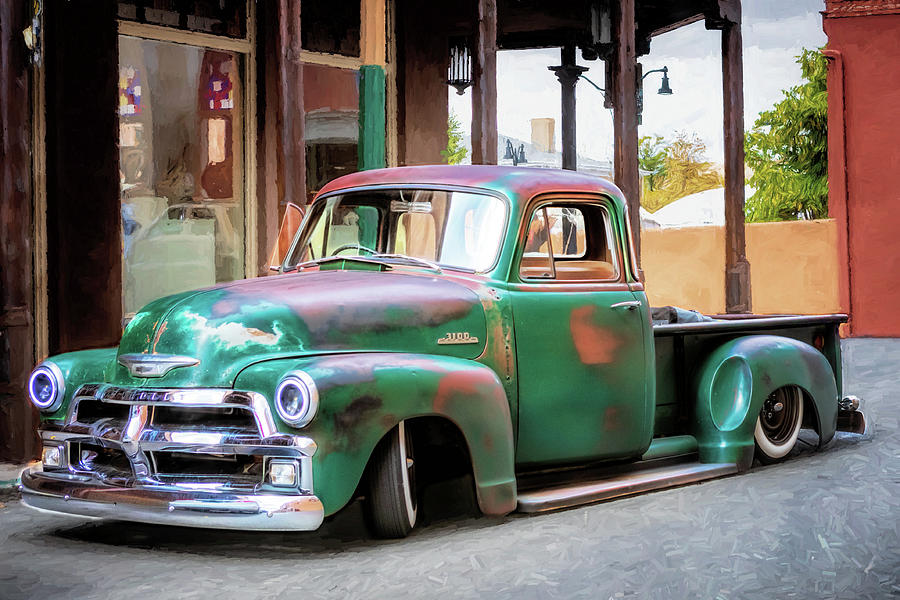 There seem to be more Lowriders in Northern New Mexico than anywhere else. Although, the exact origins of the lowrider is a fiercely debated subject, in the 1980s, Espanola, New Mexico declared itself the Lowrider Capital of the World, and that title stuck. Espanola isn't far from Santa Fe, so Santa Fe ends up being a fun place to cruise the streets, let the tourists gawk, and maybe attract a few buyers if you are selling, which is what the owner of this 1954 Chevy 3100 seemed to be doing. The engine purred like a kitten, and he was demonstrating the hydraulics when I shot this. It's such a fantastic patina on this old truck; it's almost a shame to give it a paint job, but everything else seemed to be completed except for the cosmetics on this iconic truck.

The 1954 Chevrolet 3100 truck is the definitive example of an entire era of American pickups. This iconic vehicle has rugged good looks and is a classic beauty, making it an exceptionally sought-after collector vehicle.